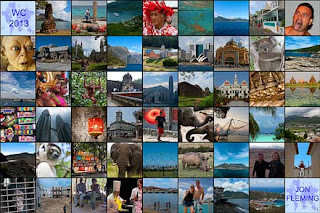 So, after 115 days, 52 ports (which means different 52 lectures by me), 28 countries, 10 pounds lost, 5 narrated sail-ins, and a lot of amazing experiences, this world cruise is finally at an end. We've met some wonderful people, and can't wait to meet up with many of them again on next year's world cruise, or elsewhere for that matter.

It will be strange to carry on the next leg to Southampton without so many familiar faces.

My personal highlights – Burma, the lemurs of Madagascar, the elephants of Sri Lanka, the unexpectedly warm welcome of Sabang.

Can't wait for next year.

April 28th – Swimming With The Turtles in St Thomas 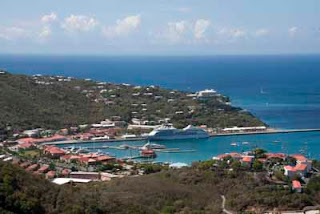 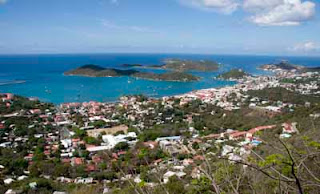 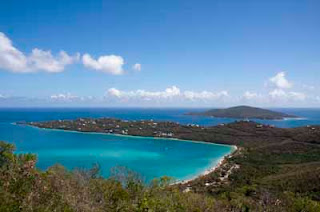 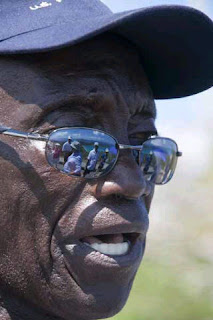 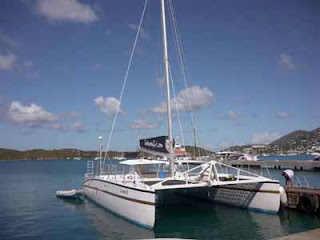 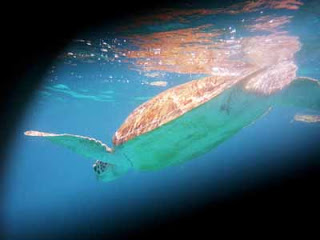 St Thomas is officially the busiest cruise port in the whole of the Caribbean, with up to 8 monster ships calling in on its busiest days, and disgorging over 20,000 passengers a day who totally swamp a town of about 12,000 people. So, being the only ship in town on a sleepy Sunday, was an absolute rarity and a real pleasure – unless you're a shopper. Because, with only 300 passengers onboard, most of the shops in this duty free shoppers paradise weren't prepared to open for us.

That was no big problem for a shop-o-phobe like me, and the great thing was that it meant that the rest of the island was much quieter and much more enjoyable for us few visitors. I joined a catamaran trip out to Buck Island to do some more snorkelling – normally, we would have been joined by 10s of other boats all competing for the same underwater sights, but today we had them all to ourselves.

So, we had some lovely views as we sailed out of Charlotte Amalie's harbour (rated by many as the most beautiful harbour in the Caribbean), and then we arrived at Buck Island to snorkel over an old shipwreck. There weren't tons of fish down there, but there was enough to keep us occupied, and our guide did a good job of diving down to the bottom and picking up crabs, starfish and anemones to show us.

After that, we sailed around the island a little, and ended up at Turtle Bay. The Bay was aptly named, because I saw at least 9 turtles down there, feeding on the sea grass, and then floating up to the top to get some air. They seemed quite unbothered by my presence, and happily bobbed around right next to me as they took big gulps of O2, before diving down to the bottom again.

There was a really relaxed atmosphere on the boat – you could see that everyone was just enjoying a hedonistic and hassle-free day, before their thoughts started to turn to the end of the cruise, and what they were going to do at home after 4 months away.