As ever, it's been a fantastic experience and one that we'll never forget. We saw 2 of the New Seven Wonders of the World (Petra and the Taj Mahal), while others were lucky enough to see 2 more (Machu Pichu and the Great Wall of China). We've eaten at 4 of the best restaurants we've ever eaten in (Lima, Bali, Dubai and Venice). We met up with lots of old friends and made lots of new ones. It's been exhausting, but it's been a blast.

So, now we return to London to catch up with friends and family, and just as importantly to catch up on some sleep.

There's no cruising for us for 6 months, so after a summer of travelling on our own (Palma de Majorca, Cote D'Azur, Stresa, and Sicily), we'll next be on the high seas in November on the Silver Spirit, sailing from Barcelona to Barbados, and then down the Amazon to Manaus and back.

Should be a great summer... 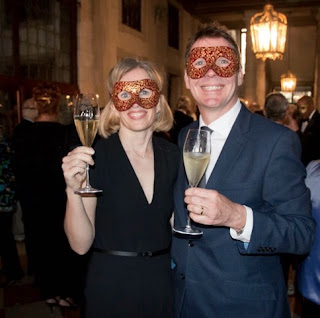 This World Cruise has certainly finished on a high, with 2 fantastic days in the superb city of Venice. It started with a magical sail-into the Lagoon, as the city's church towers and palazzi slowly revealed themselves to us in the distance. My enjoyment of this serene scene is slightly different from the rest of the passengers, because I'm up on the bridge giving a narration over the PA system trying to point out what we were passing. This city is initially about the slow reveal as the anticipation mounts as we creep closer, and then, all of a sudden, there's fabulous buildings all around you – I tried not to sound too frantic as I pointed out the architectural gems that were now all around us.

That afternoon, we had time for a bit of exploring, before preparing ourselves for the masked ball that Silversea had prepared for the World Cruisers. This event certainly has a "wow factor" from start to finish – from the water taxi ride along the Grand Canal, to the visual impact of the stately 16th century Palazzo Pisano sitting on the Canal itself, to the costumed string quartet serenading our drinks reception, and finally to the magnificent restaurant, lit entirely by candles and overlooked by enormous frescoes. This was a wonderful way to finish a fantastic cruise, as we celebrated the friendships made over the last 4 months.

The next day, we had been invited to have lunch with a couple of new friends in the fantastic Cipriani Hotel, on the Giudecca across from St Marks. As the place where George Clooney had his wedding reception, the levels of luxury and magnificent service were out of this world. In keeping with the overall theme of this world cruise, there was much laughter, some delicious food, and plenty of vino.

Venice is probably the best place you can imagine to end a world cruise – fascinating history is all around you, understated opulence can easily be found, and the city's visual impact needs to be seen to be believed.

We are leaving this cruise on a high! 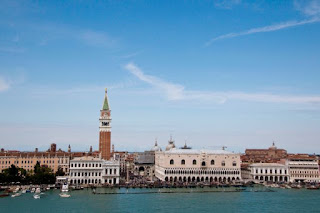 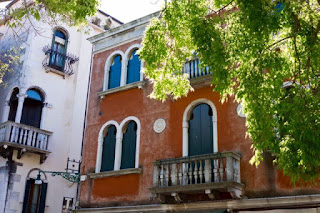 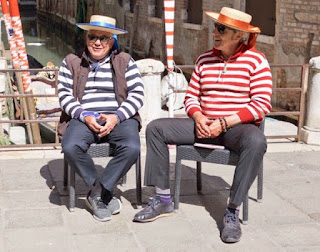 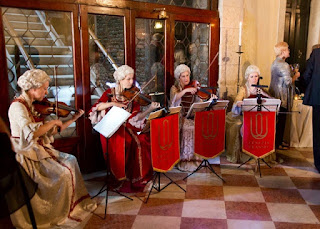 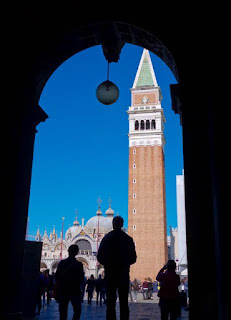 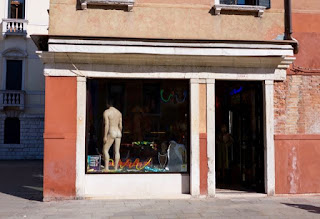 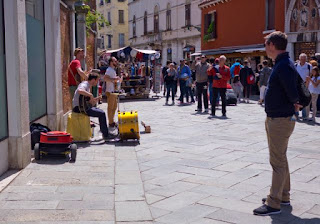