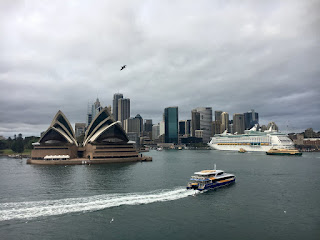 Cruising into Sydney always makes for a great arrival, as we sail into its huge harbour, surrounded by the opulent homes of Sydney's great and good, and then the iconic set pieces of the Opera House and the Harbour Bridge hove into view.

But, today is going to be a good departure as well as arrival, because we're heading straight off to the airport to fly back to London for Christmas. Having been in 30 degrees plus temperatures for pretty much the whole of the last month, it will probably be a bit of a shock to the system to get back to freezing cold Blighty, but at least it will feel properly Christmassy. Seeing Christmas trees and snowmen in tropical Singapore or Brisbane has been a little disconcerting to someone who's only used to cold Christmasses.

Anyway, we're looking forward to a bit of down time with friends and families, before heading off to LA on January 5th for the start of the Word Cruise. 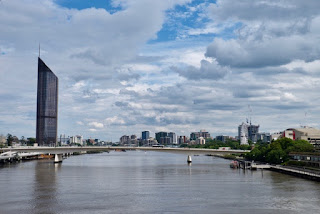 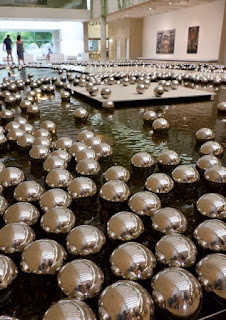 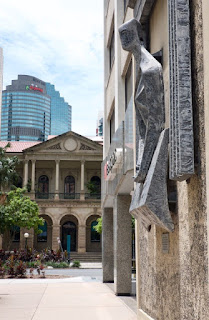 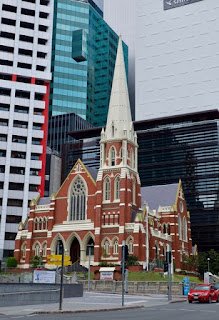 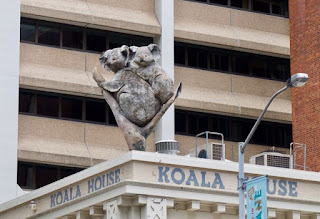 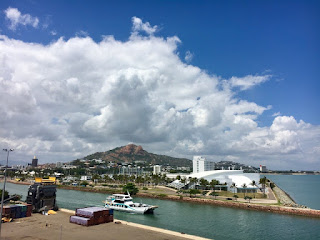 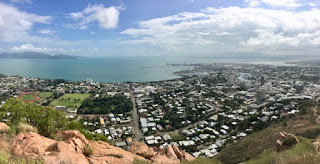 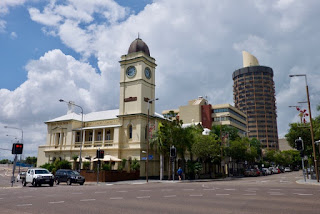 The point of cruise ships coming to Cairns is not to visit the city itself, but either to visit the Great Barrier Reef or the Rainforest that's just outside the city. Seeing as we've done both those a few times, today we decided to see if there was more to Cairns than we've given it credit for in the past.

Since the International Airport was built in the city in 1984, the city has grown exponentially from being a fairly unremarkable upcountry town, into the (possibly overdeveloped) tourist playground that it is today. There were plenty of building sites all around town, as yet more hotels are built to cater for the increasing numbers of Chinese and Japanese tourists attracted here. But, the town also retains a real down-to-earth backpacker feel to it, as groups of shirtless young tourists wander from bar, to travel agency, to all-you-can eat buffet restaurant.

It doesn't combine to create a particularly cultured or charming feel to a town, where it can feel that most people you see are just passing through. However, we did find a nice café for lunch, before we headed to Cairns's latest cultural attraction – The Cairns Museum – which opened this year after a $1.8 million refit.

You could see that a lot of effort had been put into the museum, but for some reason we didn't find it particularly engaging. It could have been that the energy-sapping heat outside had left us unwilling to stand in front of information-heavy display boards with long sections of text. It could have been that the exhibits themselves weren't that exciting, so they had to rely on these long texts to give the objects some context. Or, if I were being cynical, it could just be that Cairns's history isn't that interesting.

Having said that, the aboriginal history was fascinating, but every time it got you wanting to know more ,the information ran out, and you'd be left looking at a telephone from the 1950s, or a tourist poster from the 1960s. Anyway, I probably shouldn't have had high expectations, and as I said, they had put a lot of effort in.

Basically, our day taught us that you should have high expectations of the Great Barrier Reef and for Rainforest, but don't expect too much in the way of culture or charm in Cairns itself. 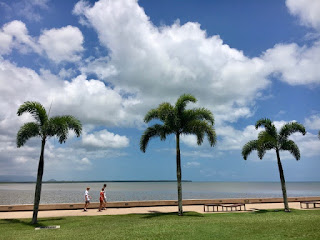 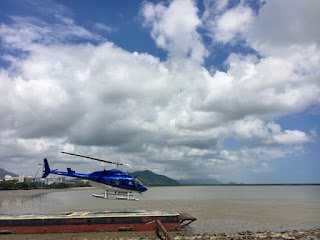 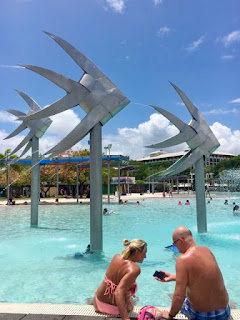 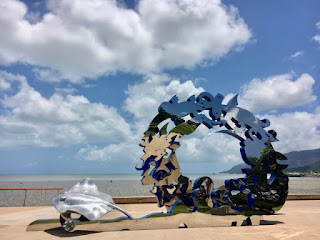 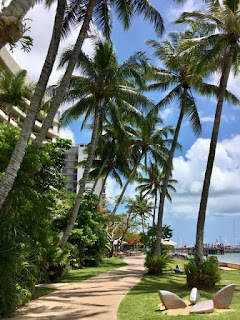