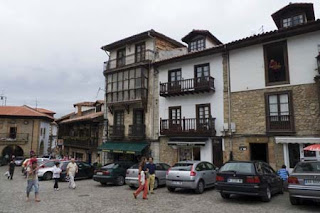 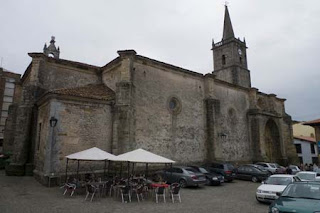 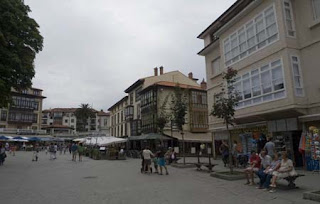 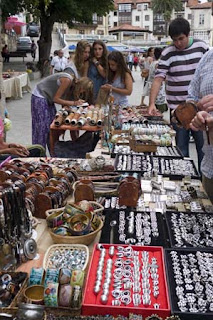 With our electricity blown, and the new part on order and being couriered over to us, we had to find a nice place to stay for a few days. There are definitely worse places to hole up than Comillas – a seaside resort with a wide sandy beach and big waves, a pretty little medieval old town, and some interesting 19th century architecture too.

In the mid 19th century, this was just a fairly ordinary fishing village, until a poor local family, the Lopez y Lopez's went to South America to make their fortune. Their son made a huge amount of money as a businessman in Cuba, and decided to move back to Spain, marry an even richer wife, befriend the King, get himself made a Marquis, and spend lots of money on his home town (this was the first town in Spain to have electricity).

The new Marquis de Comillas cleverly married into the wealthy Guell family of Catalonia, who happened to be the patrons of a young architect called Antoni Gaudi, and so this is one of the few places outside Barcelona, where you can see some of Gaudi's fantastical architecture, along with some other Catalan Modernista masterpieces.