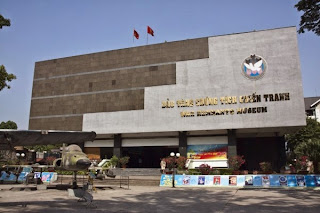 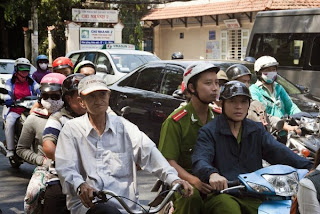 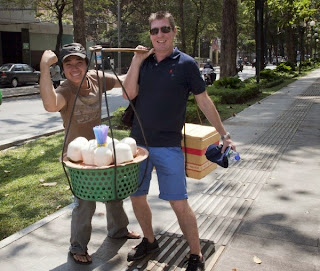 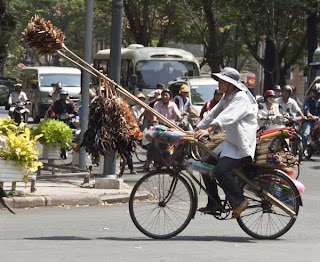 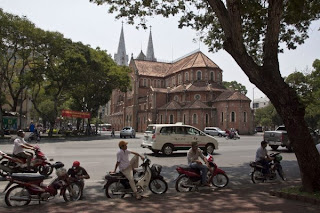 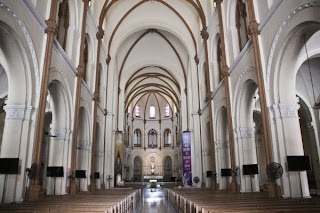 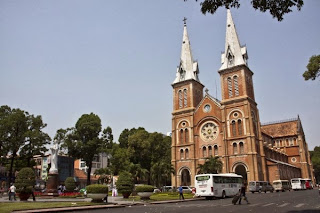 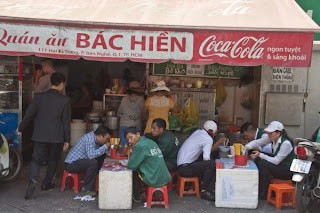 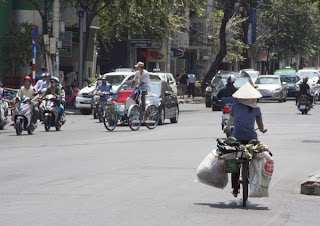 We only had the morning in Saigon before we were due to sail, so we got up early to get a taxi over to the War Remnants Museum, Saigon's museum on the Vietnam War. It has been a while since we last went to the Museum and its exhibits have been given a bit of an overhaul – but, they still have an incredible impact in laying bare the huge physical, psychological and social damage caused by the Vietnam War.

This was a very one-sided account of the war, with plenty of references to American "aggression" and "imperialism", but, even taking into account the obvious bias, you can't help but feel sorry for the terrible hammering the country and its people took during the war. The exhibits on Agent Orange in particular, made for pretty scary reading, while the graphic pictures of the deformities and suffering to the children born after the war (on both sides) were hard to take.

Reading all this material, it made you wonder how the Vietnamese people have been able to move on (especially, if this was the only version of the war they were getting); yet, somehow, as soon as you're back out on the street, it was like the war never happened. The city has been rebuilt, the people are friendly and welcoming, and the economy is on the up.

After the museum, we just headed back to the centre of town on foot, passing by Saigon's fascinating mixture of French-colonial buildings, American-era concrete buildings, and the increasing array of modern office blocks and shopping centres. For the first time ever, we were able to get into Saigon's grand brick Cathedral, the Notre Dame, which, with the air-conditioned malls provided welcome breaks from the hot and sweaty conditions on the chaotic streets outside.

Today confirmed how much Vietnam suffered in the war, and how wonderfully it's bounced back since then. I can't wait to see how much more the city will have grown and developed by the time we get back next year.