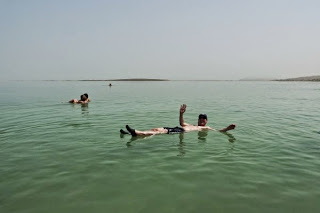 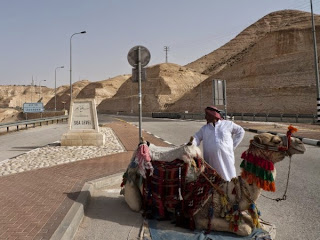 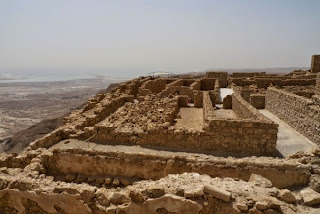 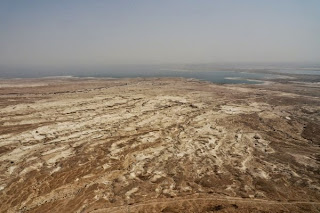 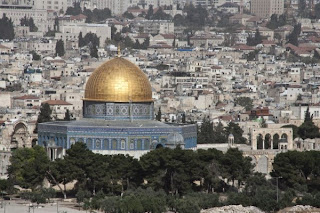 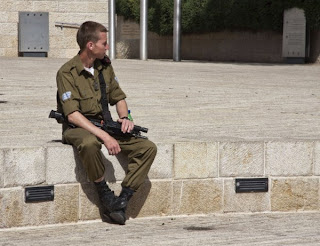 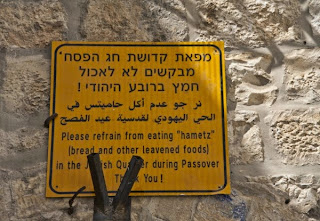 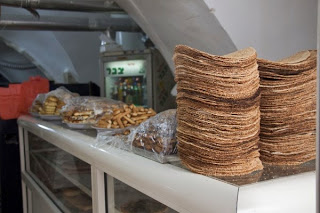 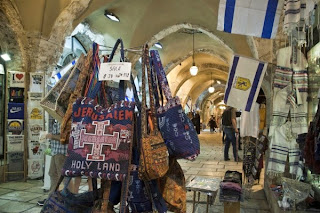 Ever since I was at secondary school, I've been fascinated by the story of Masada. My interest had been caught by a TV mini-series starring Richard Chamberlain and Peter O'Toole, telling the story of the Jewish Zealots who holed-up in this imposing hilltop fortress after the Jewish revolt, and were then relentlessly besieged by the mighty Roman army. After an epic struggle, defeat was eventually inevitable for the Zealots, who decided to kill themselves rather than yield to the enemy.

Looking back, the TV series probably wasn't all that great – all the "goodies" (the Jews) were played by Americans, while all the "baddies" (the Romans) were played by Brits – but, it did capture some of the drama of that titanic struggle, and it also featured the impossibly forbidding nature of that mountaintop location surrounded by the barren desert, and overlooking the Dead Sea.

But, seeing it in the flesh was even more spectacular – that forbidding cliff-top position in the barren desert seemed as impregnable as ever, although the oppressive dry heat must have been hard to endure in that months-long siege. Fortunately, we had a cable car to take us up to the top in three minutes, rather than trekking up the snaking path that led up the rocky outcrop.

Up the top, we learnt that Masada had started out as an unlikely location for a luxurious palace built by Herod The Great – he was so paranoid, that he needed to find a place where it would be virtually impossible to get to him. Even though it was in this barren location, Herod made sure that his palace had a good water supply through a complex series of aqueducts, and this ensured that the cisterns were full for the Zealots to hold out for months against the Romans.

Looking down from the fortress, you could see the outline of the huge Roman camps, and see the enormous stone ramp they constructed so they could haul up their battering ram that finally knocked down the Jewish defences, prompting the tragic outcome to the siege. The whole site was wonderfully evocative of the dramatic events played out here, while, you could see why the story of the incredible Jewish defiance against overwhelming odds has such resonance today in Israel.

By lunchtime, the heat on the top of the fortress was almost unbearable, so we headed down to a resort by the Dead Sea – the lowest place on earth, at 400 metres below sea level. Here, the star attraction was to have a float in those famous waters, and perfect the pose of lying on your back reading a newspaper – unfortunately, we'd worked out too late that no-one reads newspapers these days, and no-one was willing to take their Kindle or i-pad into the water, to give the pose a 21st century twist.

The water is so incredibly buoyant because all the salts and minerals carried by the River Jordan have all settled down in this point, which means that the water is around about one-third salt, which gives it a strange, oily characteristic that clings onto your body. It also makes the water incredibly stingy if you've cut yourself (which fortunately I hadn't), but can make parts of you tingle after a few minutes in there.

I loved our time floating about in the Dead Sea, but eventually the tingling was in danger of turning into stinging, so I gave up, and washed those fabled waters off me. The Dead Sea is a totally unique place that's given a further interest because it's in real danger of disappearing in the next few decades if water consumption continues at its current rates. We could see landscapes that were previously underwater, but were now more than 100 metres from the shore. I can only hope that the Dead Sea is still around for future generations to enjoy it as much as I did.

Ps. There's also a couple of pictures from Tracy's trip to Jerusalem.