It's funny to travel thousands of miles to a remote Pacific Island, and come across a big, All-American city like Honolulu. The wide roads, skyscrapers and familiar shops told us that this was America, while the swaying palms, the tropical weather, and the exotic birds reminded us that this was a special version of America.

In the morning, we decided to ignore the beach culture of Waikiki, and instead get a bit of high culture at the wonderful Art Gallery of Hawaii. You really don't expect to see top quality works by Impressionist greats like Van Gogh, Monet and Pisarro out here in the Pacific, but these donations from Hawaii's great and good show that a lot of money has been made in Hawaii over the years.

As well as a chance to get a bit of culture, our main reason for coming to the Gallery was to meet up with our old friends, Jerry and Eloise – so, we had a lovely lunch, catching up and putting to rights the various issues in the world.

In the afternoon, we had a wonderful opportunity to go to Pearl Harbor – the home to the US's Pacific Fleet – for Silversea's first World Cruise Experience, onboard the US Navy's last ever battleship, the USS Missouri. Tracy was shooting some footage for Silversea, so we got to go early and had a chance to be on this mighty battleship after the public had gone and before the guests arrived.

The battleship is simply immense – 50,000 tons, with three sets of enormous guns (each barrel weighing as much as a Space Shuttle). But, it's the history that the "Mighty Mo" has seen, that makes it so significant. The ship was built during the Second World War, after the Pearl Harbor attack, and it was the place where the Japanese Surrender was signed in 1945, putting a final end to hostilities. And, it's the sheer span of history that the ship served that makes it so remarkable – incredibly, it fired the first shots of the First Gulf War in 1991.

So, you couldn't have a much more impressive venue for an event in Honolulu - and the guests loved it! We were greeted by Hula dancers handing out leis, then after a glass of champagne, we had guided tours around the ship, before a wonderful live show of 40s music on the fantail of the ship, lubricated by plentiful food and drink. As the sky turned orange with the setting sun, the atmosphere was magical.

It's for spectacular evenings like this that people keep coming back to the World Cruise. 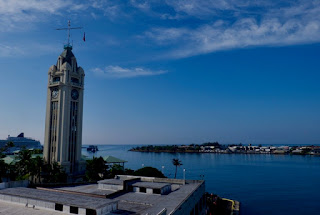 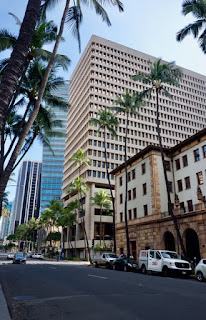 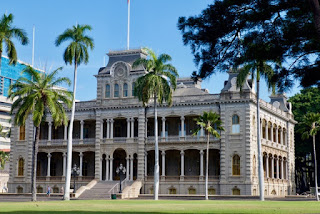 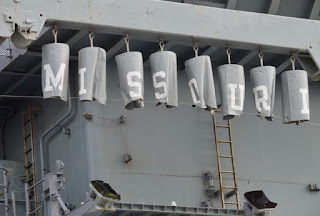 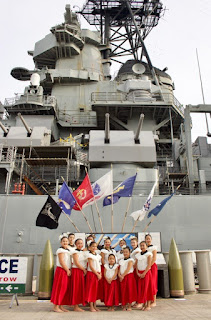 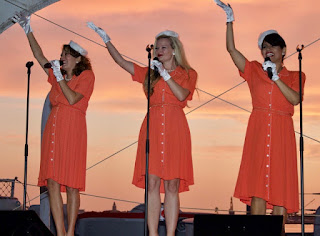