It’s difficult to know whether some time spent in Takoradi makes you feel optimistic or pessimistic about this part of Ghana. As you explore, you see plenty of poverty and ramshackle homes, but you don’t seem to see any hunger or hopelessness – in fact, many of the people appear to be eating rather too well.

The people are generally friendly, but there’s a reserve to them, which coupled to a complete aversion to anyone taking phots of them (even if you’re just taking a general shot), can come across as a little unwelcoming.
We visited the chaotic fish market in Sekundi, which was a riot of colour and fishy smells – the non-stop action would have been very photogenic if you weren’t made to feel uncomfortable taking photos.

Next, we went to meet a village chief which was a very interesting experience. He was an eloquent man who tried to explain how the social structures and community loyalties that he represents, just don’t fit very well into this post-colonial world of national governments. Even calling him a “chief” or a “king” didn’t really translate his position – he said that technically, he was a god, and that even we were his subjects. I think I came out of it more confused about his role than when I went in, but hearing his perspective on the world was fascinating.

Next, we drove through the sensory overload that was Takoradi’s street market. I don’t think that I’ve ever seen a busier market, as our coach crawled through the scrum of colourfully-dressed people, our ears were bombarded by music, by preachers and by promoters, while people either waved at us or scowled at us if they thought we had a camera in our hands. One bus had an onion lobbed at it because a stall holder thought someone was taking a photo, while I was merely shouted at for daring to have my window open.

Our final stop was at a local hotel where we were given a much-needed cold drink (it was absolutely roasting today) before we watched an energetic show of dancing and pulsating drum music – how they kept their efforts going in the energy-sapping heat was a marvel.

So, I can confirm that Takoradi is an incredibly lively but slightly crumbling place, that alternates between welcoming and intimidating, and where the sights are never less than fascinating (if only they didn’t mind us photographing them!). But, that’s the great thing about travel – being taken out of our comfort zones, and visiting parts of the world that we wouldn’t normally get to see. 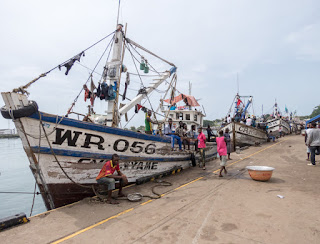 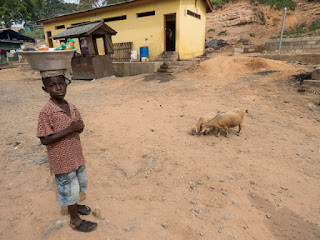 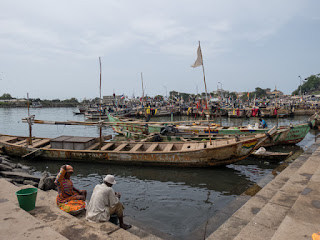 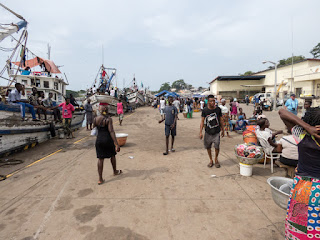 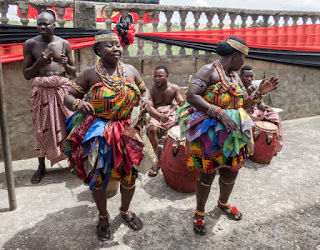 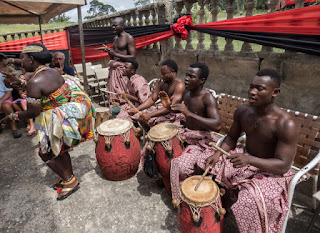 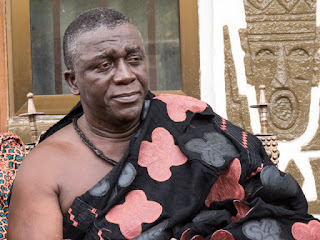 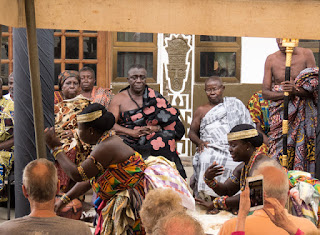