Without doubt, Bora Bora’s spectacular lagoon is this holiday island’s greatest feature. There are many ways to explore it – by boat, jetski, parasail, or even, as Tracy did, by Aquabike (a kind of underwater moped where you don’t even get your hair wet, as you move about the floor of the sea like a slow-motion James Bond).

I opted for the more practical way of getting about the lagoon – by a good old-fashioned boat. I’ve done these trips a few times, but I always love getting in amongst the sharks and rays that throng the shallow waters, looking out for some food from the boat operators. The first time that I did it (a few years ago), my heart was beating out of my chest as the circling sharks got ever closer. This time I was almost blasé about coming face-to-face with a dead eyed shark about 1 metre away (the photo might look like I’m calmly checking Facebook with 2 sharks about to pounce, but I’m actually setting up the camera on my phone – as it turns out, almost all my photos were terrible anyway).

The sharks and stingrays might look frightening, but the most dangerous creature down there were some very irritated trigger fish, who were obviously threatened by our presence. They waggled around angrily in front of us, and if we didn’t go the opposite direction they were more than happy to bite – 2 people were actually cut by their bites, while I was only bitten on my shoe, so they didn’t break my skin.

We then moved onto the coral garden just inside the reef. It was in pretty good shape, and as I snorkelled around, it was like I was in another world – a magically peaceful environment of swaying shoals and colourful coral. It was easy to drift off as I explored, only to find I was a bit too far from the boat for comfort. Out in the coral garden I’d occasionally come across a shark – suddenly it seemed a lot more scary with only me there and away from the artificially created shark gathering earlier on. 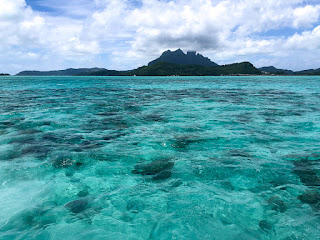 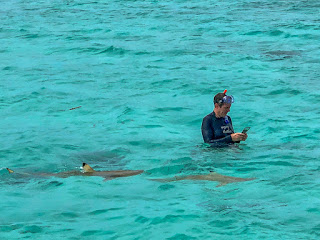 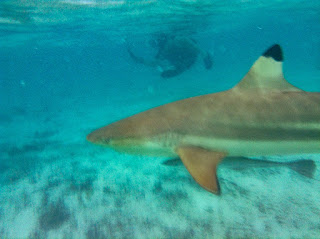 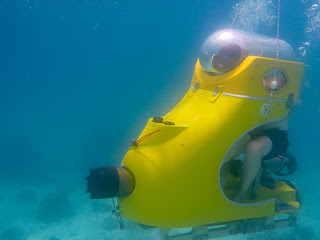 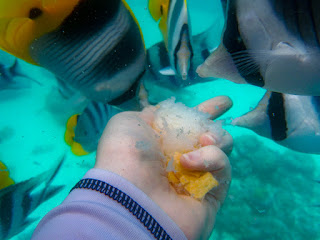 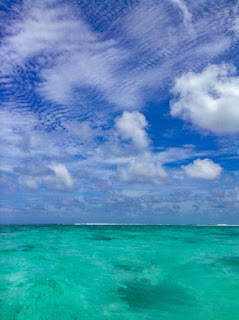