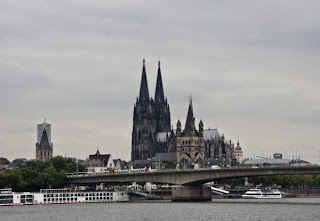 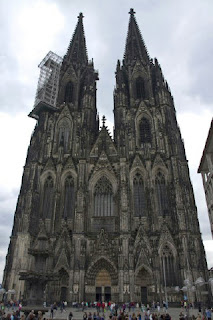 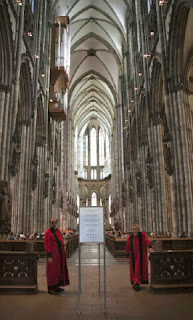 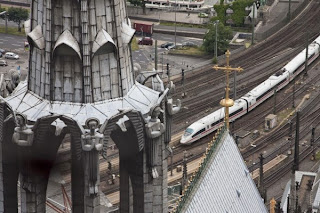 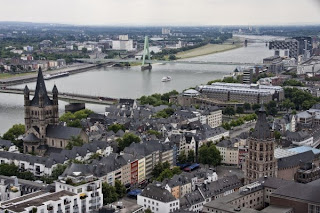 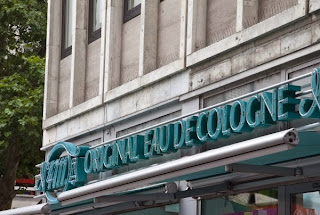 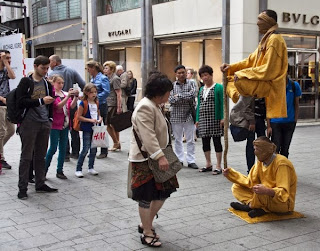 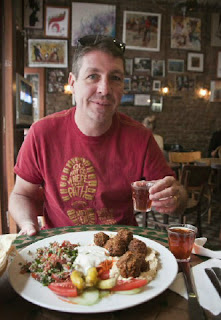 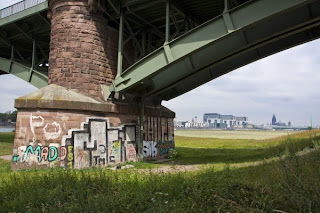 After a long drive through France, Belgium and Germany, we finally reached the first stop of this summer's tour - Cologne. Our campsite was in a grassy spot by the Rhine about 8 kms out of town, so the cycle ride in was the perfect way to start our new "lose the flab" fitness regime.

Cologne's cityscape reflects its past - odd bits of ancient wall and road from Roman times,gothic and romanesque buildings from its medieval heyday, and unimaginative 1950s buildings put up quickly after the devastation of WW2. Of course, the whole city is Dom-inated by the enormous Kolner Dom, the city's magnificently soaring Cathedral.

As we were in town on a Monday, all the museums were shut, so the Cathedral was even more the thing to see. This was the tallest building in Europe prior to the construction of the Eiffel Tower, so we climbed the thigh-busting 503 steps up the bell tower for the best views in town.

We're not great lovers of German (meat-focused) cuisine, so for lunch we headed to the more gritty student quarter for a delicious Lebanese felafel lunch - one of the best, and cheapest lunches we've had for a while.

Finally, we just meandered round the prosperous shopping streets where all the locals seemed fairly jolly - obviously confident of a victory against Portugal later that evening.

A good start to this year's European Odyssey.