When you've spent 5 long days at sea, the sight of any land looks pretty good. But, when that land is Easter Island, home to the amazing statues, then the anticipation levels rise dramatically. This is the most exciting and fascinating destination that I have ever cruised to.

But, the big problem with Easter Island is that it doesn't have a large harbour, and that seas that surround it are frequently plagued by big swells and strong winds – that means the cruise ships have a 50-50 chance at best of getting in. However, as the ship approached the island, the conditions actually seemed pretty calm, and I was fairly confident of keeping my 100% Easter Island record intact.

This proved to be a false dawn though. Without the stabilisers out, the ship was rolling appreciably, while 10 foot high waves crashed into the small jetty that our tenders would need to sail into. It was way too rough, and with great reluctance, the Captain cancelled our call.

Just as he was announcing that he would at least give us a circumnavigation of the island, he also said, "and Jon Fleming, our Destination Lecturer will give us a narration as we go". At this bombshell, our totally unprepared Destination Lecturer rushed up to the bridge, armed with just a map, to impart whatever pearls of wisdom he could dredge up from the memory banks.

Actually, from the sea, you can't see many of the Moai, because most were toppled when the islanders reached environmental Armageddon in the 17th century, but I was able to point out the impressive ahus at Anakena Beach and at Tongariki, with their groups of enigmatic statues lined up with their backs to the sea.

It was a tantalising glimpse of one of the Holy Grails of cruising – I will have to come back, and pray harder for good weather. 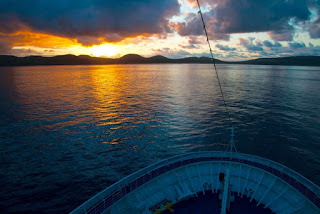 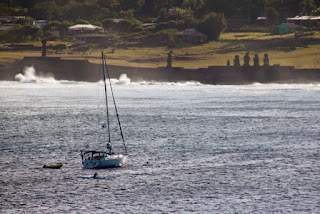 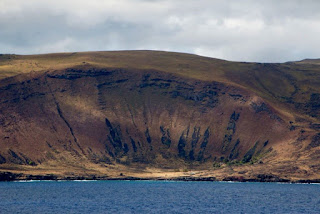 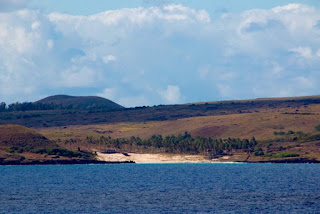 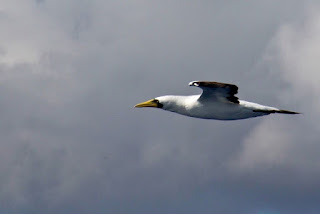 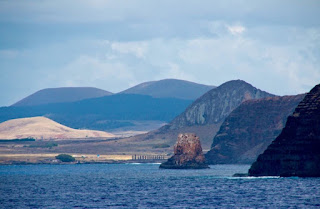