On an absolutely sweltering day in Penang, it was great to be greeted off the ship by some generous friends who had kindly volunteered to take us around their home town, and show us its sights – most importantly, travelling around in their air-conditioned car. Even they admitted it was way too hot for them, and they confessed to not knowing how they were able to survive their childhoods in the days before air-conditioning.

We've explored much of Penang's colonial and diverse ethnic heritage on previous visits, so most interesting for us was to get a feel for the modern reality of living on this prosperous and cosmopolitan Malaysian island. Driving around, it was obvious from the lines of factories of all the hi-tech companies based here, that the island's economy is doing well. Although, we were told that other developing countries (like Vietnam and Indonesia) are trying their best to lure away those companies to build their factories elsewhere, with offers of generous tax breaks.

Our first stop was at the Snake Temple, where our host, John, likes to make sure that his visitors are subjected to the ordeal of having a huge slithering python draped around their neck, with a poisonous viper (hopefully de-fanged) plonked on their head. As I survived this trial by snake a couple of years ago, we decided that it was Tracy's turn to be snaked – I don't know if the picture captures her sheer terror, but you could virtually smell the fear.

We then headed into the centre of the island to visit the enormous Kek Lok Si Temple, a bizarre confection of a place, full of colourful temples and exotic pagodas sprawling up the side of a hill. If you're a successful Chinese businessman, you donate money for yet more buildings to be added to the complex, which means that the whole thing is an ongoing building project, constantly being added to with grander and ever more gaudy religious buildings.

By then, we were overheating, so it was a relief to head back into Penang for a delicious lunch in a Nyonya Restaurant (with air-conditioning). Nyonya food is the distinctive cuisine of the Peranakan culture that's peculiar to the former British colony of the Straits Settlements (in Penang, Malacca and Singapore), blending Chinese cooking styles, with Malay and Indian elements – a perfect illustration of the cosmopolitan influences on the island. The end result was absolutely delicious.

Next, we went to see John and Paik See's lovely apartment at the top of a modern block overlooking the sea. All around were lots of other high-end apartment blocks that attest to a booming property market in Penang. The contrast of these gleaming high-rise modern apartment blocks (that could have come from South Florida), and the streets of low-rise, historic shophouses of central Penang was an interesting one. But, this is a place that clearly enjoys its contrasts and diversity - where modern sits comfortably alongside the historic, where Chinese, Indians and Malays live happily side-by-side, where the cuisine blends the best influences from all around the East.

Finally, before it was time to say goodbye, we headed to the famous E&O Hotel for a bit of colonial splendour (at prices significantly cheaper than its colonial contemporary, Raffles in Singapore). As the warm breezes blew in from the Straits of Malacca, you got the impression that Penang must be a pretty good place to live – as long as you have air conditioning! Another wonderful day.

PS. Yesterday in Port Klang, a combination of laziness and an early lecture meant that I didn't take the 75 minute journey into Kuala Lumpur – instead I opted for the trip to the enormous Shopping Mall at Klang, where Tracy did her annual retail therapy, and I had a nice lunch. You can't be adventurous every day! 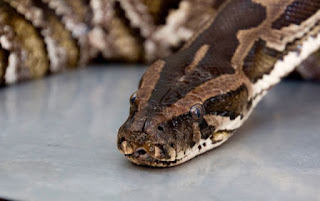 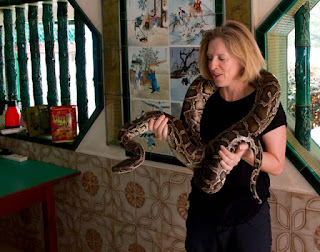 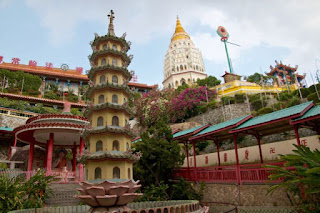 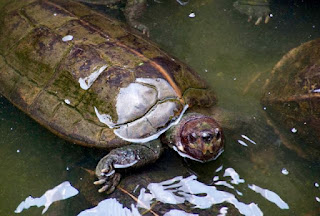 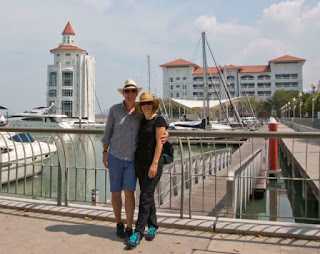 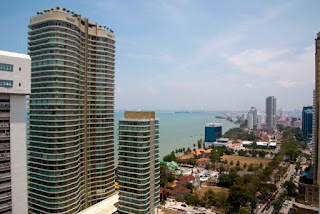