On our journey across from San Francisco, we've seen some very different versions of the Pacific Islands. From the stunning volcanic scenery of the Big Island; to the tourism of Maui; from the Big City feel of Honolulu; to the quiet traditions of Samoa – each island has offered something different.

But, today we were in Tonga – the country that claims to be "The True Pacific". That marketing slogan is quite understandable, because this undeveloped little country can claim to be the only Pacific territory that was never conquered or colonised by another country. In fact, the current King can trace his monarchy back over 1,000 years, and he's clearly still much respected in his Kingdom.

However, just the view of the capital, Nuku'alofa, from the sea, confirmed that this Kingdom is in the middle of some big changes. Up until recently, the biggest building in town was always the royal palace facing the waterfront, resplendent with its red roof and white paintwork. However, the view that greeted us today was his palace dwarfed by a huge new building facing the waterfront – a building whose architecture (with a large red turret) clearly mirrors that of the palace, but one that must be at least three times the size of it.

This monstrous (by Tongan standards at least) new building has been built to house various Government Offices, and its construction is symptomatic of a number of significant changes in the Kingdom:

Firstly, its $11 million (USD) costs have been funded by Chinese money (whether that's a loan, or a strings-attached gift isn't totally clear).

Secondly, the majority of the workers on the project are Chinese, brought in by the Shanghai-based construction company, rather than locals – so, it's debatable what economic benefits it has brought in.

Thirdly, the fact that a government building now overshadows the King's Palace shows that power has shifted from the King (who was an absolute monarch until as recently as 2011), to the democratically elected Parliament

But, in spite of these big changes, our walk around Nuku'alofa confirmed that thankfully some things never change in Tonga – the warmth of its super-friendly people, and the laid-back lifestyles that they enjoy. As we explored the market, we were greeted by so many cheery hellos and "malo o leileis" that it took you aback. The complete lack of hassle and willingness to indulge curious visitors was just wonderful.

At one point, we were taken in hand by a lovely 10-year old boy who wanted to show us the main church and the Royal Tombs – he became our self-appointed tour guide, not because he wanted a tip, but because he was proud of his country, and was curious to know more about us. It was very refreshing.

And, as always in Tonga, at the port we were given a rousing send off by the Police brass band, who played some inspiring (but incongruous) western marches for us, and by a local dance troupe who ignored the roasting temperatures to entertain us with some really graceful and energetic dancing.

Our half day here in Tonga wasn't long enough, but thankfully we will be back next year on the 2018 World Cruise, to receive the warmest of Pacific welcomes once again. I hope that not too much changes for this lovely little country in the coming year. 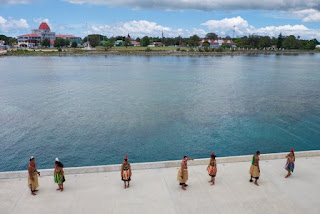 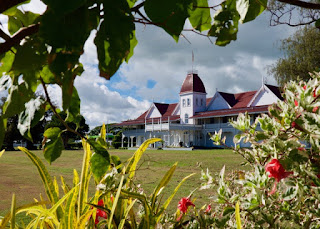 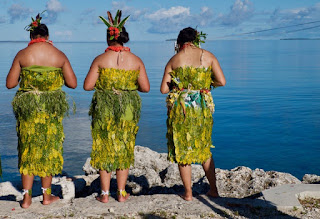 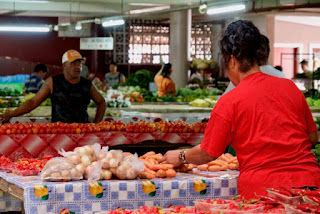 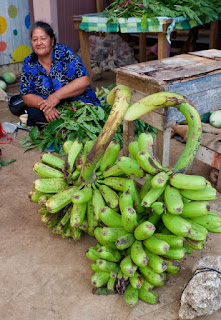 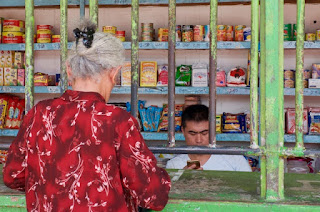 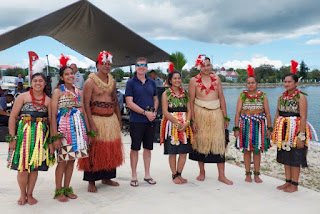 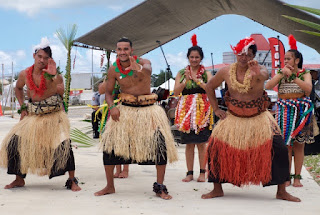