Feb 5th and 6th – Messing About on the Water in Sydney

Sydney is all about its harbour. Its best attractions (the Opera House and the Harbour Bridge) are right on the water. Its most exclusive homes face the water. Its public transport system relies on the water. Just sailing into its glittering harbour is one of this cruise's most spectacular highlights.

So, it only seemed appropriate that our time here in this great city was mainly based on the water. Having narrated our sail-in to the city, we were lucky enough to be invited to join some passengers who had chartered a sailing boat (for the technically minded, apparently it was a 58 foot sloop), for a morning of sailing around the harbour (proper sailing – not with the engine).

Having never been on a proper sailing trip before, Tracy and I took different approaches to the boat. I realised that I had no clue (after 12 years at sea, I still don't really know my port from starboard), so I sat back, let those who knew what they were doing get on with it, and just enjoyed the stunning views. While, Tracy got to work trying to understand how to operate a boat, and got stuck in reeling in lines and steering the thing. Both approaches suited our personalities, and both of us enjoyed ourselves immensely. On a stinking hot day, the breezes on the water just about kept us cool.

On land, it was much, much hotter, which limited our stamina for too much exploring. So, we spent our time visiting the Sunday craft market on the Rocks (which was excellent), seeking shade around the CBD, and joining the crowds round Circular Quay.

Actually, having visited Sydney so many times over the last few years, we're in danger of running out of new things to do here; so, a good thing to do is to try to find a new dining experience. Seeing as we love Middle Eastern food, and seeing as Sydney has a large Lebanese and Syrian population, we headed to a great neighbourhood restaurant called Almond. The manager couldn't have been more friendly and the food was simple and tasty (as it should be) – having said that, our Uber driver was fairly incredulous that we'd travelled around the world to come to a little Syrian restaurant in Darlinghurst!

So, Sydney delivered once again – not many places can combine such an amazing natural setting, with a big city vibe, and great restaurants from around the world. 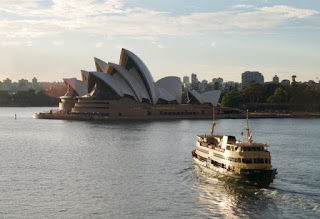 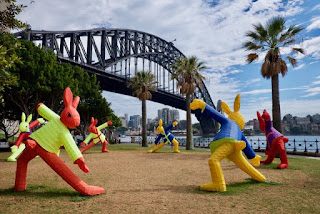 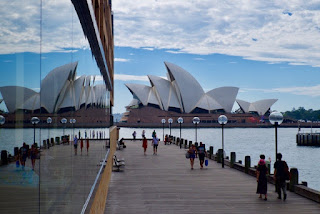 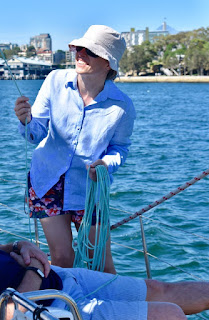 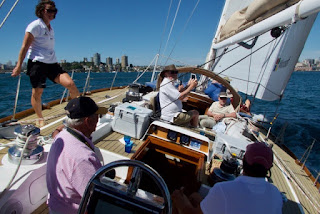