There's nothing like arriving in our Hawaiian paradise and waking up to a message on your phone from the Government that a ballistic missile is heading straight towards you – "THIS IS NOT A DRILL", it reminded us.

My reaction to this frightening news of our impending doom was one of mild concern but fairly convinced that it was a hoax, while Tracy (rather sensibly) took it more seriously and was trying to find out how we could protect ourselves from Armageddon. The fact that we were docked just 5 miles from the huge military naval base at Pearl Harbor made it quite likely we would be in the blast zone, so I didn't feel the need to do much – other than remind myself of the fact that no-one took the warnings of an attack on Pearl Harbor in 1941 very seriously, and we know how that one turned out.

Fortunately, 38 (very long) minutes later, the government finally very kindly told us that we weren't going to die after all (with no apology).

Anyway, that left us grateful to be able to enjoy the rest of our time on the beautiful island of Oahu. On our first day, we did a long walk along the entire length of Waikiki Beach, in the shadow of the impressive Diamond Head crater, and in the shadow of a long line of high-rise hotels. The beaches were beautiful but packed, and I found that I was subconsciously singing to myself the lyrics of Joni Mitchell's "Big Yellow Taxi" – "They paved paradise…..".

It was undoubtedly over-developed, but the people watching was great and the natural setting gorgeous - if only I'd come here 50 years ago, before mass-market tourism changed the face of Waikiki from the exotic to the mainstream.

That evening, we went out for dinner in Chinatown – for a Lebanese meal, of course – to a low-key but good quality BYO restaurant called Kan Zaman. Sitting outside in the warm air, we had a great time, although the walk back to the ship past so many homeless people sleeping in doorways had a bit of an end-of-days feel (did they know something that we didn't?).

On our second day, having avoided apocalypse, we went to the amazing Doris Duke house at Shangri-La. Doris was a fabulously wealthy heiress who began building this ideal home in the 1930s, and indulged her every artistic and architectural whim on this superb piece of Arab-inspired architecture by the sea. Normally, you'd expect this "money's no object" attitude to result in something of dubious taste – instead, we were greeted by a superbly cool, fairly understated, and incredibly tasteful collection of Islamic art and architectural styles. It was like a combination of a Newport mansion, meets a tasteful Hearst Castle, meets 1001 Arabian Nights – fabulous. In these days of growing Islamophobia, it was good to be reminded just how cultured and refined Arab culture can be.

This was followed by a lovely lunch with our Honolulu friends Jerry and Eloise, then a bit of exploring of Chinatown – which was looking fairly shabby and down-at-heal, especially compared to the bustling modern streets of Waikiki.

It's the contrasts that make Honolulu so fascinating to explore. It's an exotic Polynesian setting, but it's also a big, All-American city. It's polished and manicured in places, yet shabby in others. It offers plenty of examples of low culture, but also lots of opportunities of high culture too.

You always have a good time in Honolulu – especially after you've found out that you're not going to be obliterated by a ballistic missile after all! 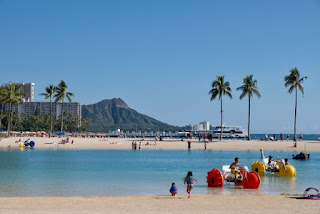 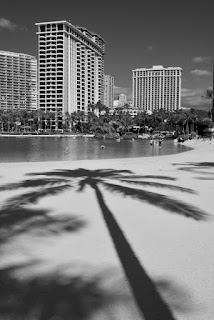 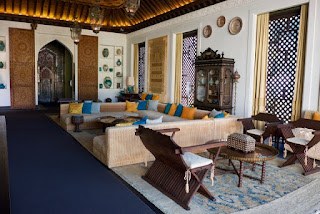 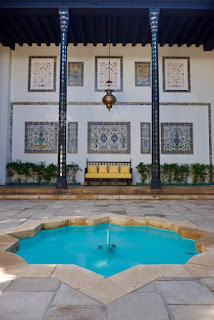 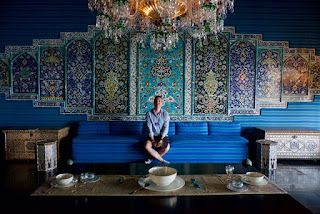 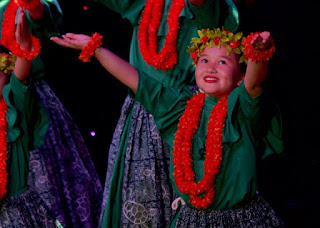