March 2nd – A Walk in the Park from Darwin

It must be the easiest job in the world being a weather forecaster in Darwin during the Wet Season. "Today it will be extremely hot and humid, with temperatures in the mid 30s, with clouds building up over the course of the day, before a big thunderstorm and a massive downpour in the mid to late afternoon". And, repeat – for the next 6 months.

So, today fitted that pattern quite nicely, but we timed it almost to perfection by enjoying the good weather during the morning and early afternoon, and then heading back in the bus in time for the heavens to open, and Noah to get gathering animals two-by-two.

My tour headed to the Outback to visit the stunning Lichfield National Park – the kind of untouched landscape where Crocodile Dundee would be hanging out fighting crocs and eating witchetty grubs by the handful.

The one advantage of a place where it rains an incredible amount for months on end (and we were told that it had rained 1,000 mms in just the last month alone) is that the spectacular waterfalls flow with a ferocious volume of water. So, we visited a series of ever more breathtaking falls, where the thunderous cascades could have come out of a National Geographic magazine (in fact, I'm sure that they've featured many times).

Sadly, the inviting pools at the bottom of the falls (which would have been great to cool off in), were made a little less inviting by the fact that the floods had meant that they were now inhabited by some lurking crocodiles waiting to feast on a hapless tourist. Never mind.

We were also taken to see some colossal termite mounds – ant-skyscrapers that made you feel itchy just looking at them, with the non-stop activity of its army of ants trooping backwards and forwards. Some of these huge mounds were over 4 metres tall, while we also saw some so-called "Magnetic Mounds" that look like thin flat tombstones – the thin edge points towards magnetic north to minimise the amount of sunlight that hits the wide frontage. If humans could build such tall and complex constructions, today's Dubai would seem like a low-rise environment.

After lunch, a bank of heavy black clouds began to amass on the horizon and the distant thunder got ever closer. That meant that we had to slightly curtail our stop at the beautiful Wangi Falls, before sprinting back to the bus for the long drive back. As the torrential rain hammered down, it turned into a bit of a white knuckle ride as massive puddles caused successive "white outs" for our driver (who didn't seem the least disturbed).

With such hot, humid and wet weather like this, you need to be a special person to live in a place like Darwin, but with special sights like the Lichfield National Park on your doorstep, the fringe benefits aren't bad either. 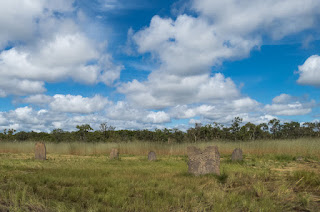 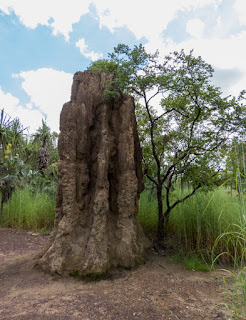 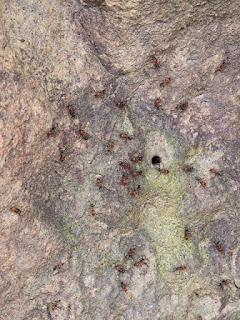 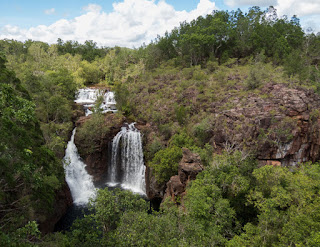 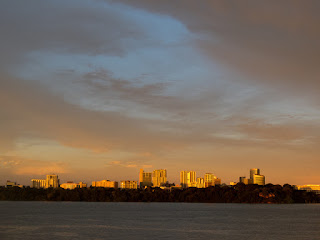