Today I got a new perspective on Sydney, and a new appreciation of just how magnificent a setting this city occupies.

To be honest, our visit to Sydney started in relatively underwhelming fashion – as we sailed in, it was grey and dull and the harbour wasn't looking its sparkling best. Then, our walk up George Street (the main shopping street of Sydney) was marred by the huge amount of roadworks still going on for the trams to be installed (it feels like this has been going on for the last three years – get your act together Sydney)!

But, from there it just got better and better. With the weather improving, we had a nice walk around Chinatown (confirming that Australia is becoming a much more Asian-leaning city with every year), before a delicious lunch at Golden Century.

Then, that evening we had a superb World Cruise Event seeing La Boheme at the Sydney Opera House. We took a boat from the ship, so we had repeat views of the Bridge and Opera House looking much better in the evening sun, and the performance itself was wonderful – really imaginative staging, superb singing, and of course, that tear-jerker of an ending. An iconic opera, in an iconic building – who could ask for more?

So, Saturday had been great, but Sunday was to be spectacular. We had been lucky enough to be invited some passengers to join them on a seaplane trip from Rose Bay to have lunch on one of the northern beaches. This was my first ever seaplane trip, so excitement levels were going through the roof, and amazingly enough, it exceeded expectations.

From land and sea (on a sunny day) Sydney Harbour always looks good, but from the air it was unbelievably attractive. Of course, you couldn't get any better views of the Opera House and Harbour Bridge, but it was the overview of the sheer number of yacht-filled bays and white sand beaches that was astounding. On leaving the harbour, we first flew over the beautiful Bondi Beach which was busy with surfers and sunbathers, but once we turned north it was obvious that Bondi was not all that special in the Pantheon of Sydney beaches – it was just one stunner after another.

After an exhilarating 25-minute flight, we splashed down in our final destination – the sheltered Palm Beach, which was looking about as idyllic a destination to live as you can possibly imagine. And then, on the other side of the thin peninsular was the ocean-side Whale Beach – every bit as lovely as Bondi, but virtually deserted. We had a tremendous lunch at Jonah's Restaurant drinking in the sun-drenched views (and drinking in the superb wines), savouring the location as much as we savoured the delicious food.

Of course, at the end of it all, we could look forward another flight back towards Sydney with those views that are guaranteed to put a smile on your face. I've always thought Sydney was one of the world's most beautiful cities, but after today I think it's got to be Number One.

Today proved to be one pinch yourself moment after another – a reminder that life is good, very good. 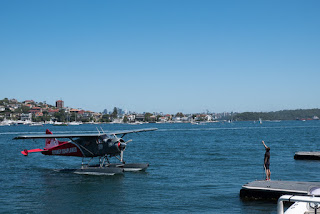 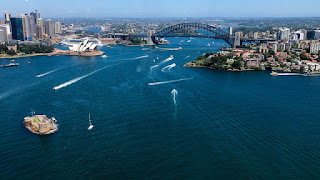 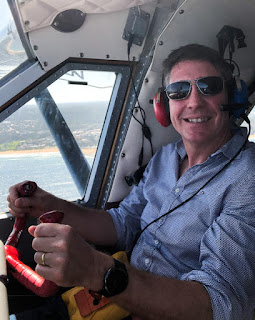 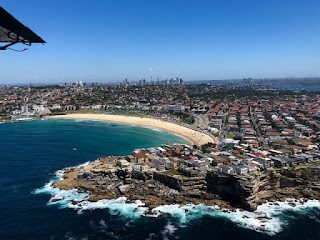 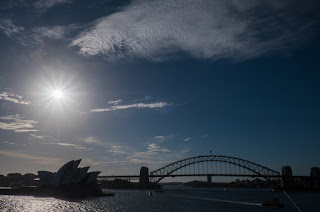