I don’t think that I’ve ever seen Lisbon look better than it did today. The cloudless skies were deep blue, all those historic buildings were sparkling in the sun, and the city seems to be undergoing something of a renaissance these days.When I was last here a few years ago, Portugal was in the grip of the financial crisis and austerity, many of Lisbon’s streets were looking pretty run down, and I was offered heroin on its main streets quite a few times. But, in the intervening years, it’s fairly obvious that there’s been a lot of investment in the city, which is now looking much more prosperous.


Admittedly, parts of Lisbon still have a fairly “lived in” feel – but, that scruffiness has always been part of the city’s charm – so, I hope that all the new boutique hotels, the tourist tuk tuks, and the commercialised tourist trade don’t dilute too much of Lisbon’s down-to-earth charms.

As long as you don’t mind hills, Lisbon is a great city for just exploring at random, and seeing what historic gem you come across next – a half-excavated Roman amphitheatre, sitting below a Moorish castle, next to crumbling medieval buildings, across from Renaissance churches – this place has so much character.

So, we walked our socks off up and down multiple hills, before having a superb lunch in the classy Solar do Presuntos Restaurant in the centre of town – absolutely delicious fish and seafood were had by all.

So, Lisbon was a great place to start this final leg of the World Cruise – it’s hard to overstate just how happy everyone has been to be back in Europe after the challenges of West Africa. But, when you’re in a superb city like Lisbon, it’s hard not to be happy. 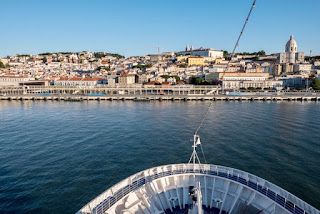 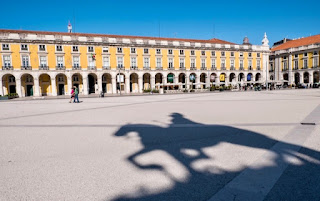 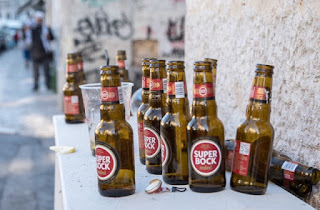 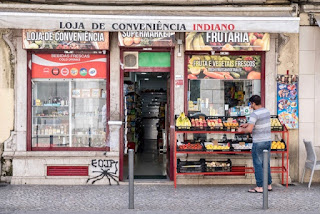 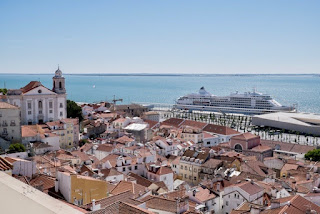