Sadly, Covid restrictions wouldn’t allow us to come ashore at South Georgia’s tiny little capital Grytviken – but, this is one of the few capitals in the world that looks as good from the water on a zodiac ride as it does from the land. The population numbers in the 10s of people (all researchers, no natives, and we only saw one of them!), and everything there is to see is within 10 metres of the water’s edge.
The setting was absolutely majestic – jagged hills of green slopes, backed by snowy mountains and glaciers in the distance, all of it mirrored on the glass-calm water of the fjord that Grytviken sits at the end of. And, on a beautifully sunny day with scarcely any wind, I don’t think that this elemental place could have looked any better.
There was a post-apocalyptic feel to a town that was devoid of people, and seemed to have been taken over by the wildlife – king penguins gathered in groups by the water’s edge, while fur seals slipped in and out of the water. The only sounds to be heard were the fur seals barking, penguins arguing, and elephant seals grunting noisily.
The main feature of Grytviken is its rusting old whaling factory, where thousands of whales were slaughtered and boiled up for their oil. The rotting factory looked like something left behind from the industrial revolution, but it was only abandoned in the 1960s – it was hard to imagine that somewhere as serene as this could have been the site of such terrible scenes. The horror film setting was completed by the ghostly wrecks of a couple of rusting old whaling ships on the shore – their harpoons still pointing out menacingly.
Fortunately, it’s obvious that nature has won out in the end, as we got some up-close views of the endearingly mindless king penguins all trooping after each other. And then, a huge elephant seal lolloped on its belly down to the water, like a giant slug, grunting furiously whenever his exertions got too much for him (every few metres), before sliding into the water next to our zodiac. Just for good measure, on our way out of the harbour, we saw some spouts from the whales that now safely sail these waters.
This being Silversea, of course, we had a little stop for a glass of champagne half-way round. What an introduction to South Georgia – I can’t wait to get in amongst those penguins! 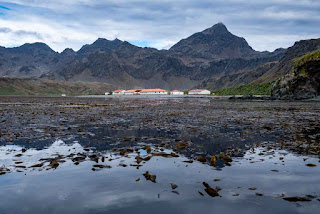 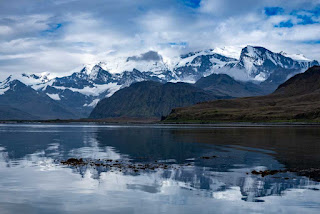 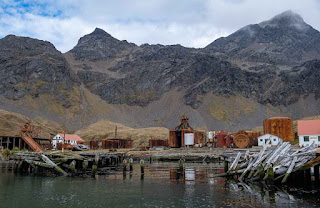 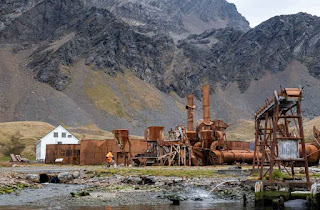 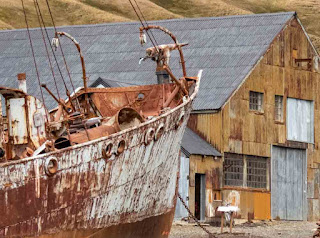 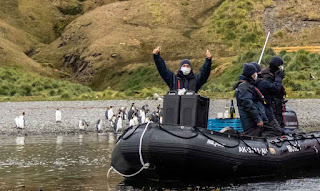 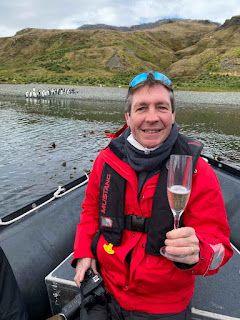 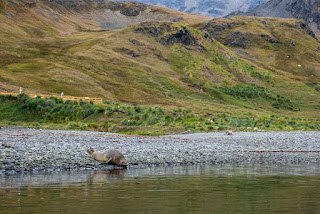 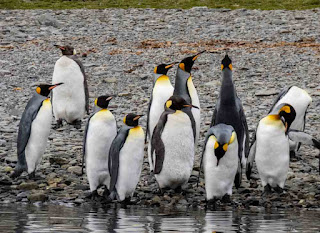 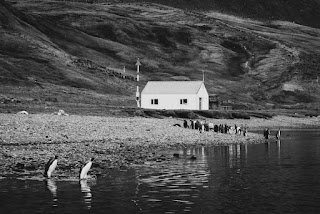 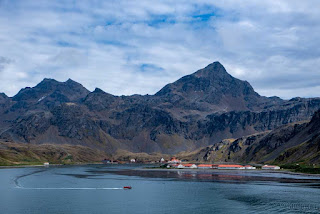 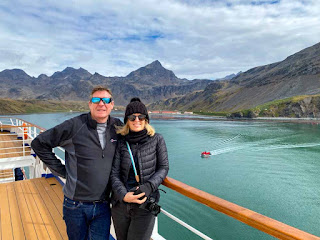 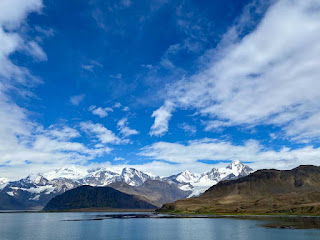