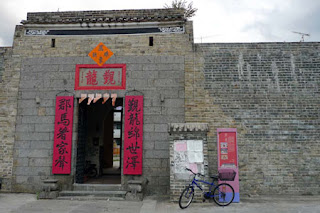 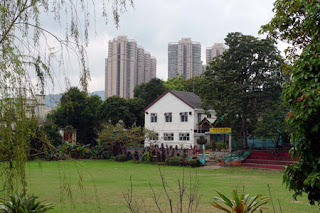 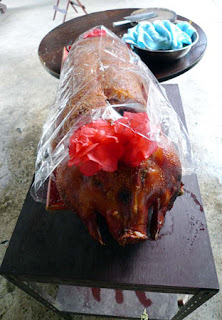 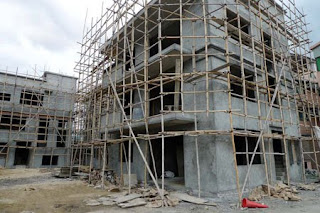 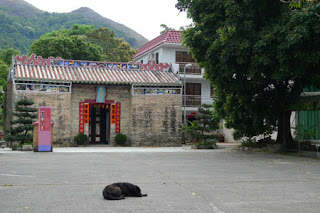 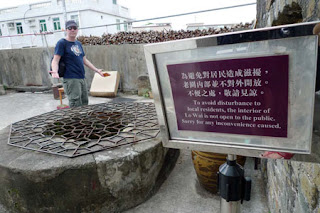 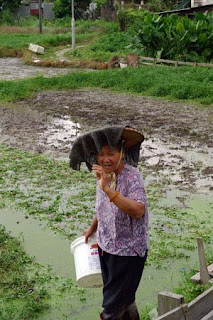 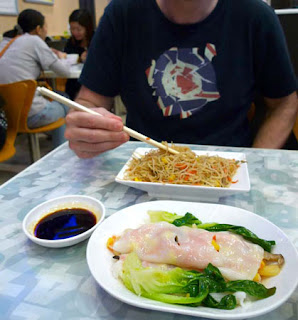 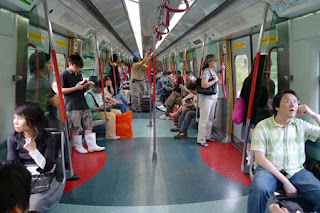 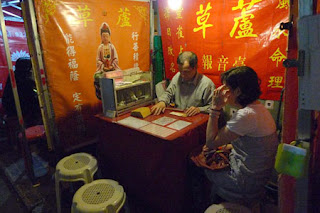 Here the atmosphere is very Chinese, with English scarcely spoken, and no vestiges of the colonial past; while there's plenty of green space and sub-topical countryside surrounding the concrete blocks of these dormitory towns.

This is also the part of Hong Kong, where you can see some signs of what life was like before the British arrived in 1841, and we followed a heritage trail that visited four old walled towns, that dated from the 17th century. Inside these little walled towns, the pace of life slowed down appreciably in amongst the dilapidated buildings, and you could have been on a different planet from the busy commercialised world of Kowloon, which was just a 40 minute train ride away.

The trail lasted a sweaty but fascinating 2 and a half hours, before we ended up in Fanling again, where we had one of our cheapest, but tastiest lunches anywhere - ordered simply by pointing at the food of our fellow diners and hoping for the best. The vegetable noodles were an obvious hit, and the glutinous slimy pancake-like rolls were surprisingly good, while the jury's still out on Tracy's soya bean milk drink.

In the evening, we went for old territory this time – visiting the frenetic Temple Street Market and the Ladies Markets in Kowloon. We wandered and wandered, past lines of fortune tellers, and frenetic market stalls, resisting the temptation to buy the vast array of knock-off gear at the many stalls – the markets in Ho Chi Minh City are cheaper, but probably more hard work. We then thought we'd go for a drink, but all the bars we found were either flashy or sleezy places for ex-pats, so our aching feet dragged us home. We shall find somewhere cheap and grungey tomorrow.