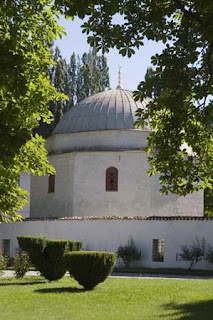 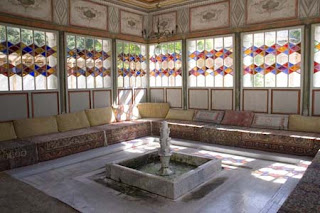 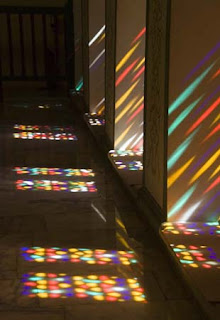 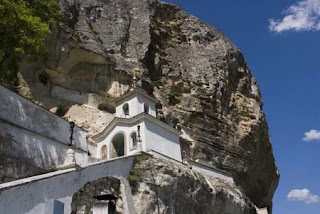 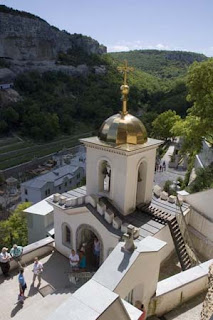 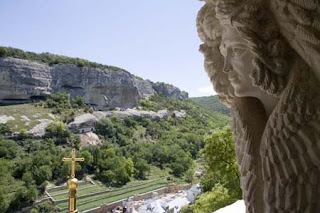 From Sevastopol, we took a trip into the heartland of Crimea to visit a side of the peninsula's history that's little known about – its Islamic Heritage. When people think of the Crimea, most people think of the Crimean War, the battles of World War Two, or of its position as the home of Russia's Black Sea Fleet. The forgotten side of the Crimea, is that it has a rich Islamic heritage from more than 300 years of rule under the Muslim Tatars (from the 14th to the 18th centuries) – longer than either the Russians or the Ukrainians have ruled the peninsula.

That the Tatars were largely air-brushed out of history, is down to the attempts of two of Russia's most ruthless leaders to wipe them out. First, Catherine the Great destroyed most of their mosques and palaces after the Russian conquest of Crimea in the 1780s, forcing 90% of the Tatars to leave; then, about 150 years later, Stalin forced almost the entire remaining Tatar population into exile in Uzbekistan straight after World War Two, where most of them were worked to death. After Ukrainian independence in 1991, about 250,000 Tatars have been allowed to return to their traditional homeland.

Therefore, it's amazing that there's anything left to see at all, of this once powerful people, but we took a trip inland to the town of Bachisaray to see the beautifully restored Khan's Palace, the home of the ruler of the Tatars. Much of the palace complex had been destroyed, but what remained was like a slightly less grand version of the Topkapi Palace – bubbling fountains, ornate latticework screens , and the tall minarets of the Khan's mosques. It's sad to think that this is all that remains of a sophisticated dynasty, but its reassuring to see that the Ukrainians and Russians are now appreciating the diversity in their heritage.

After the Palace, we went up into the rocky hills behind it, to visit the historic Uspensky Monastery cut into the steep rock face. The Orthodox monastery was allowed to function under Tatars, and it's now a place of much reverence to the Russian population of the Crimea, who flock hear to venerate its icons. Having toiled our way up the steep pathway up to monastery, it was amazing to see how groups of giggling local girls in their revealing vest tops and hot pants would transform themselves into devout worshippers in a matter of seconds, with a just a couple of scarves and sarongs – just as well, because there were five stern-looking Babooshkas revelling in their jobs as clothes police, delighting in telling off anyone who stepped out of line.