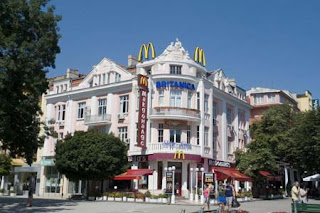 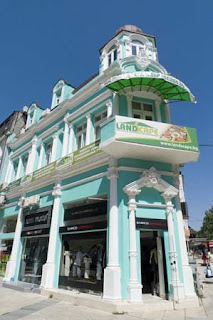 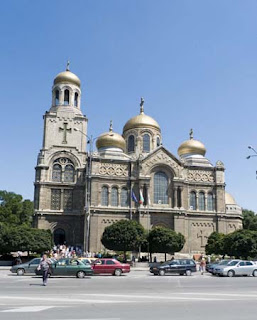 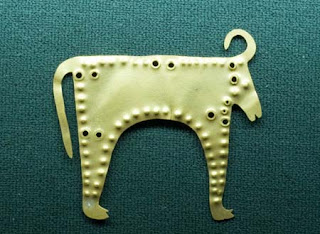 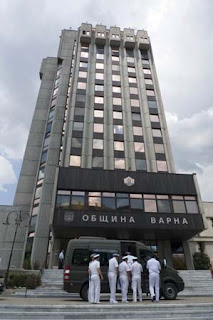 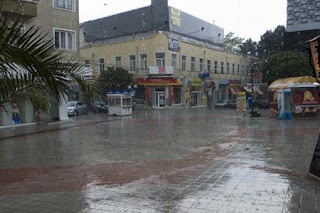 On another very hot and humid day in Varna, we walked from the ship, passing by the beautiful city beach with its fine white sands already fairly busy with holidaymakers by 10am. Last time we came here, one passenger complained to me that Varna was "a real disappointment – it felt very Third World". I think he must have visited a different Varna to me, or the bits of the Third World that he's been to are actually quite nice. Obviously, the 45 years of Soviet domination of Bulgaria, have left the country somewhat undeveloped by Western European standards, and the city centre is a mix of unimaginative Soviet-style concrete shops and a few run-down historic building; but it also has plenty of well-restored historic buildings and new modern retail developments too, that show that the country is definitely catching up fast with the West.

Thankfully, one thing that Varna hasn't caught up with the West on, is prices. We had a lovely low cost lunch in a decent restaurant – at these prices (and pretty cheap prices for property too, after the recent property bubble has burst), Bulgaria has now been officially added to the long list of places that Tracy wants us to move to.

We wandered the busy shopping streets, and then went to Varna's Number One cultural attraction – the Archaeological Museum. Varna has a long history – it was an important city for the Thracians, who lived here 4,000 years ago, then for the Greeks, then the Romans and Byzantines, before it fell into the hands of the Ottoman Empire in the 15th century, only finally gaining independence in the 1880s. The Museum had good displays on all these periods, curiously apart from any remains of the 400 years of Ottoman rule, which was even scarcely mentioned – maybe an unsurprising view of history given that the Ottoman rule here was fairly cruel and independence was very hard fought for. The highlights were from the so-called "Varna Necropolis", a find of gold jewellery in a burial plot outside the city which dates from Thracian times – amazing to think how beautifully crafted this gold jewellery was, and to think that it was created by a stone age civilisation at least 4,000 years ago.

By the time we finished here, we were ready for our cheap lunch, and unusually for us, we timed things absolutely perfectly with the weather. It had been getting steadily more humid during the day, and as soon as we had sat down, the heavens opened with some of the biggest drops of rain hammering down that I've ever seen – it was a downpour of biblical proportions. We smugly looked out of the restaurant windows as people sprinted to find shelter and got soaked to the skin in a matter of seconds.

In between showers we did a bit more shopping, but finally the rain looked like it had settled in for good, so we got the bus back to the port.