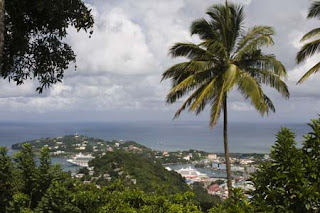 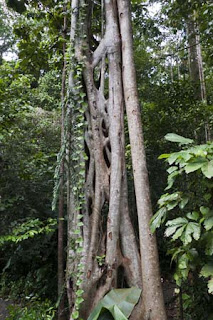 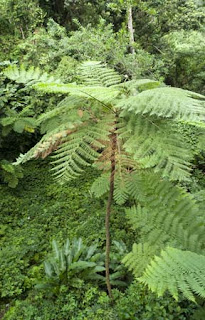 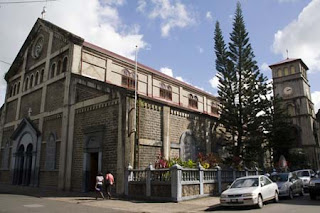 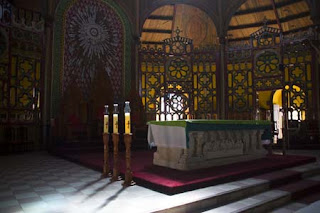 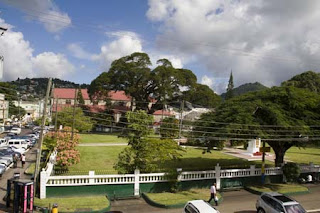 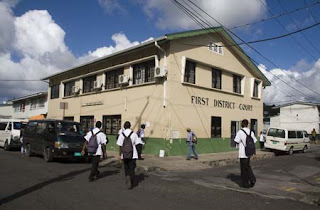 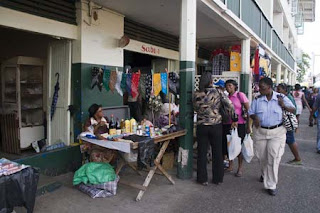 Most people go to St Lucia for the beach, but its lush green rainforests are also a major draw. I took a tour into the steep interior to go on an aerial tram, which takes you up the side of the mountain and into the green canopy of the rainforest. As we silently glided up into the tree-line, it was the sheer size of the trees and ferns that struck me – with 30 feet high ferns and banyan trees stretching over 100 feet high, it felt like we'd entered a prehistoric landscape.

The vistas were great and the air so incredibly fresh that it was invigorating, although we didn't actually see much wildlife up there. In this primordial environment and in a jungle with lots of hanging vines you subconsciously expect to see monkeys (even though they're not native to the Caribbean) and colourful parrots; but instead we just saw a couple of tiny humming birds and lots of fluttering butterflies.

In the afternoon, Tracy and I headed into St Lucia's busy capital, Castries. There's not many historic buildings to see in town, because it's been burnt down so many times in its history, but we had a look around the huge Cathedral, which was an interesting mixture of influences which summed up the island's history. It was Catholic, from the times when the French governed the island, services were in English as a reflection of nearly 200 years of British rule, and the walls were painted in bright African colours, reflecting the African heritage of the population.

As we wandered the backstreets of town, thinking to ourselves how nice the town was, we were approached by a lady who asked us where we were going. "Just wandering", we replied. She looked surprised and said, "Well, I wouldn't wander around here. This is a bad area". It didn't look dodgy to us, and we were only about 3 streets on from the centre, but it certainly managed to spook us a little, so we headed back into town pretty sharpish.

From this point, with our rose-tinted spectacles now steamed up, the town didn't seem so idyllic after all – the market people seemed surly and slightly resentful, we suddenly noticed more nutters and drunks on the streets, and the atmosphere seemed less laid back. I'm sure she wasn't doing it to scare us, but the lady changed our perception of town.

I guess that it's not a bad thing to shake us out of our "tourist bubble", and make us a bit more aware of our surroundings – especially with the mean streets of Brazil to follow.