January 31st – Catching Up in Akaroa 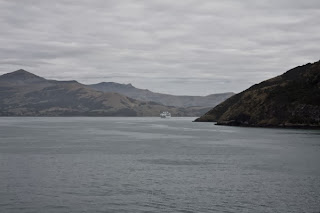 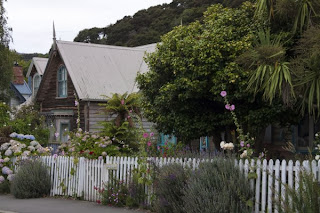 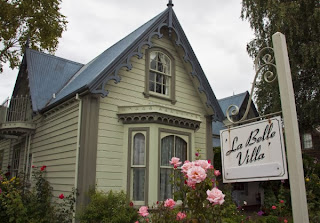 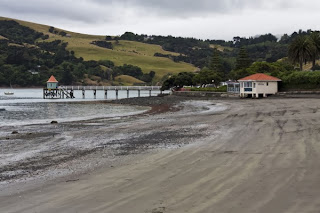 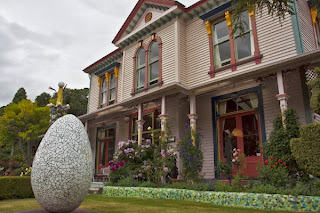 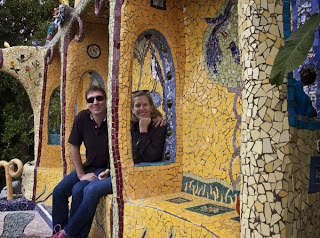 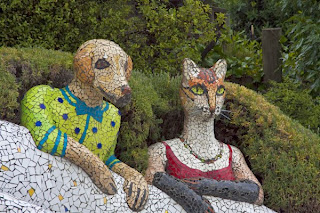 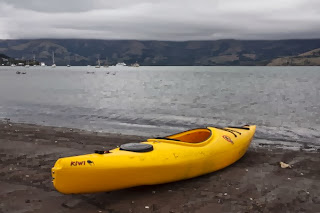 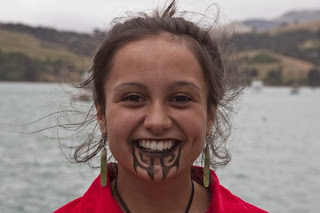 Strangely enough, Akaroa's tourist industry has been boosted by the earthquake that devastated nearby Christchurch. With Christchurch's port of Lyttleton put out of action by the quake, the once-sleepy town of Akaroa, now receives plenty of visitors by sea, who are pleasantly surprised to find that this quaint little town has a surprisingly interesting history. Because, before the British expanded their presence from the North Island to the South Island, the French were sniffing around and attempting to set up their own colony in the South.

So, in 1840, a group of French colonists were sent to Akaroa here to create a little piece of France down under. However, unluckily for them, the British got wind of their mission, and hurriedly sent a warship down here to stake their claim ahead of the French. The British arrived just days before the French settlers did, but the French decided to stay on anyway, and created a little French town , that's been remarkably well-preserved since then, and carefully "French-ified" to cater for the tourist trade. So, the tricolour flies everywhere; the street names are in French; the butcher is a boucherie; the bakery is a boulangerie; and the delicatessen is a .... delicatessen (serving croissants of course).

We were met off the tender by our friends Megan and Malcolm who had kindly driven up from Christchurch, so we caught up on the recovery of the stricken city. They feel that things are definitely heading in the right direction – although, there's clearly a long way to go in re-building Christchurch. Because so many houses are having to be built, there's a boom in the construction industry, with loads of British and Irish workers coming over for construction jobs; while, they say that the property market is beginning to boom again – who'd have thought it, in a place where the threat of further earthquakes is a constant one?

We walked up to one of Akaroa's main tourist attractions – the Giant's House – a beautiful garden that's been wonderfully decked out with artwork and whimsical mosaics. Our money was taken by the owner and artist who created it all, which you thought would have been a bonus – but, for some reason she was really grumpy and refused to answer any questions. Not a good introduction to the place where she makes her livelihood.

Because of our unfriendly greeting I was determined to dislike the garden, but within a couple of minutes you can't help admiring the artistry and imagination that's gone into its decoration – the Gaudi-inspired mosaics (I assume that they were inspired by Gaudi, but you're not allowed to ask questions) were brilliant. If you're staying in Akaroa, this is a must-see sight, just Beware of the Artist!

To give us an authentic Kiwi experience, Megan and Malcolm had brought along a barbeque, so we went down to the beachside park for a cook up. Unfortunately, they hadn't reckoned on the weather, so we had a rather windswept, but tasty lunch, while the children went off on scavenger hunts and tried to psyche themselves up for a dip in the freezing waters of Akaroa Bay.

Time passed all too quickly as we caught up on all the news since we'd been here a year ago – recounting the trials and tribulations of dealing with the insurance company to try to get their house rebuilt kept the conversation going – they think that 4 years after the quake, they might finally get a new house!

So, yet another great day in New Zealand – its warm and friendly people (apart from the temperamental artists) are definitely its greatest asset.