Back on The Tourist Trail in Venice 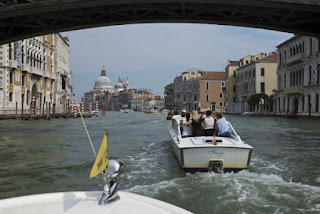 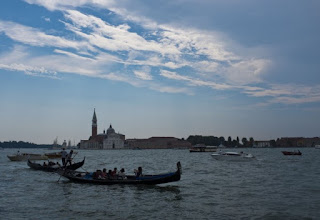 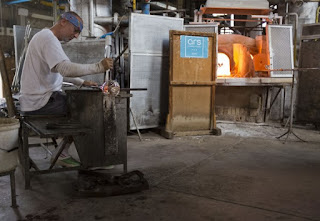 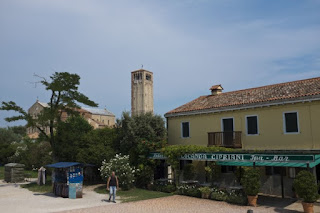 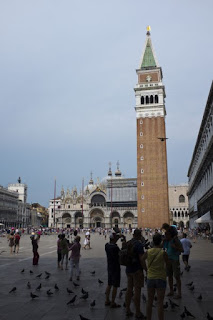 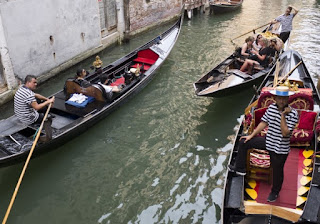 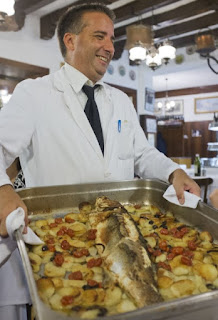 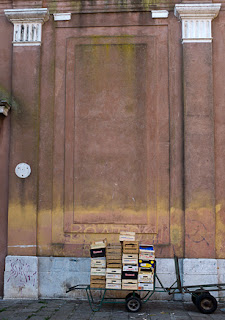 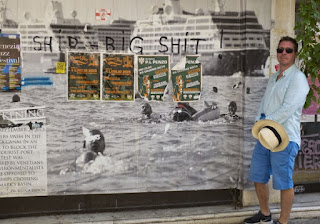 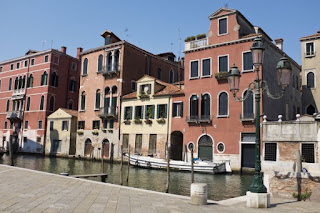 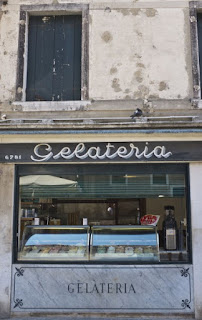 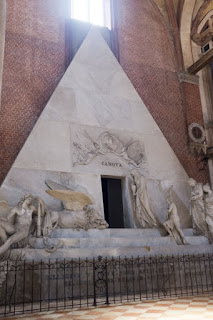 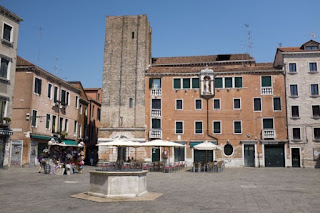 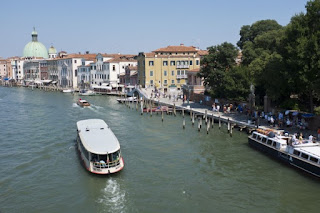 The conventional advice is, Don't go to Venice in August – it's too hot and too crowded. Well, it certainly was hot and crowded, but a place like this is worth seeing any time of the year – anyway, Venice is always crowded!

So, we left our little piece of the Venetian empire in Izola, Slovenia, and drove for a couple of hours around the top of the Adriatic to where it all started – La Serenissima. We were meeting up for the weekend with some friends who were joining a cruise in Venice, and we were lucky enough to join them on a couple of jaunts around the lagoon city. On the way, I managed to tick off a few Venetian experiences that I'd never done before.

They had hired a boat for the day, so we motored our way out to Murano and Torcello. It's way too hot to have all the furnaces running in August, but the glassworks that we visited still had one going so that we could see an amazing display of glass-blowing. The man's skill was incredible, as the molten glass was transformed before our eyes into a delicate work of art; although they then had to tell us that the cooling ovens weren't running, so it would have to be destroyed – such a waste.

Then we moved onto Torcello, an island in the lagoon that once was a rival to the main city of Venice, with a population of about 20,000, but now has a population that's less than 100. The magnificence of the mosaics from the 11th century in the huge church gives you some idea of lost wealth of this now semi-deserted place. Next, we went to somewhere I've always wanted to go – the famous Cipriani's restaurant. It didn't disappoint. The rural setting was superb, the service great, and the food excellent.

On our way back, the boat took us down some of the back canals of Venice, before a literally spectacular journey down the Grand Canal. The whole place is like a picture – if you can block out the chugging vaporetti overflowing with tourists, then modernity scarcely seems to have interfered with the appearance of this magnificent city.

That evening, even though we still felt full from lunchtime, we had a fabulous dinner just off the Grand Canal, before deciding to decamp to Harry's Bar to see if it lived up to the hype. Sadly, it didn't. It was fairly devoid of atmosphere, the waiters were surly, and much to Mike and mine's disappointment, the expensive drinks menu didn't include beer. However, the excellent company made up for this, and we had a real laugh at the ridiculousness of the whole place.

The next morning, the bellinis from last night had a bit of an affect and the heat seemed that little bit more draining, but we struggled on through. I took us on a walking tour round the backstreets of Canareggio , and then we ended up at the huge Gothic Church of Sts Giovanni e Paolo. This being a Sunday morning, we managed to get in for free, and the array of statuary, monuments and artwork were almost overwhelming. In some ways, it was more enjoyable to visit than St Marks – much lighter, more open, and hardly any crowds (which on an August day in Venice is a rarity).

For lunch, we had the chance to catch up with another friend from the ship for a pizza, and then we just kept on wandering. This has got to be the most picturesque and photogenic city in the world, but it's also one of the most tiring cities in the world. By the end of it, we were exhausted, but exhilarated.