While Tracy was exploring the naval port of Norfolk, I went back in time to visit the wonderful "living museum" at Colonial Williamsburg. Here, in Virginia's former capital, its superb set of colonial buildings have been restored and renovated to the state they were back in 1776, just as the War of Independence broke out.

What impresses is the level of detail that they've gone to, to make the place come alive – each building is filled with period objects (or reproductions) and the costumed staff are experts in their particular field of 18th century life, whether they're wig-makers, joiners gunsmiths, blacksmiths, silverworkers or politicians. It really does give you a great idea of what everyday life was like in 18th century Virginia.

I've always much preferred studying political history (wars, revolutions, nation building etc) to social history, but a visit to Colonial Williamsburg is brilliant at sparking an interest in history as it applied to individual people.

One conclusion that I was left with, was just how pampered modern society is when compared to life back then, and how useless I would be in an age without electricity, without plumbing, and with few manufactured goods and luxuries. If something was broken in Colonial Williamsburg, you didn't just replace it, you tried to repair it, and if that didn't work, you recycled as much as you possibly could. There must have been a resourcefulness to people back then that seems to have been engineered out of most people these days.

Sadly, modern times have meant that Williamsburg has been suffering financially over the last few years. History doesn't seem to have the same appeal that it used to have, particularly with the younger audience, who tend to want multi-media whizz bang special effects. That means that Colonial Williamsburg has had to make redundancies and make cut backs. When America has something as good as this, it needs to be cherished and preserved for future generations – I hope it will.

Because, history may not be what it used to be anymore, but at Williamsburg, it's still pretty good.

PS. On our way out of Norfolk we sailed past the world's biggest naval base – 4 carriers and lots of other craft. A fairly awesome array of firepower. 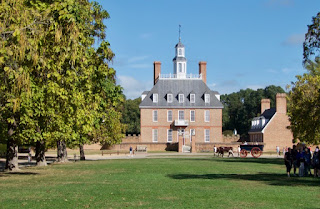 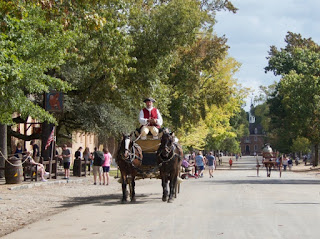 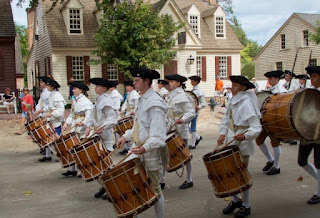 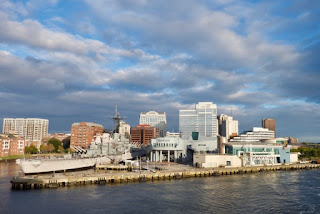 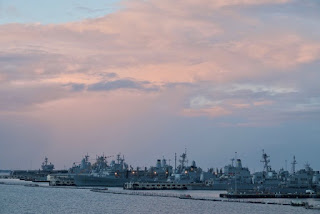