April 10th-11th – Chilling Out in Istanbul

After an exhilarating but tiring trip to Cappadocia, we were looking to chill out in Istanbul. What we weren’t expecting was bone-chilling weather – Tracy was convinced that it was colder here than it was in Antarctica!
Actually, on our first evening, the weather wasn’t too bad, so we went out to explore the new developments outside the brand new Cruise Terminal. The space age terminal looks great, but whoever designed it didn’t have cruise passengers in mind – it takes about 15 minutes (and over a kilometre of walking) to get out it! A crazy layout given the demographic of the cruising public.
However, the new outdoor malls and waterside restaurants are great – a really lively atmosphere that made you think that we were in a European city (ok – this side of Istanbul is geographically in Europe), rather than an Islamic city during Ramadan.
The next morning was cold, grey and rainy, but we struggled on through anyway, heading to the Aya Sofya to see how much has changed since it was turned back into a mosque last year. Sadly it was still shut for cleaning on the two occasions that we tried to go in, so that will have to wait.
Instead, we walked around the familiar sights of Sultanahmet – the Blue Mosque, the Hippodrome and the Grand Bazaar (which at least got us out of the biting wind). As the rain came pouring down, the city wasn’t looking its best, but to me, Istanbul seems to have improved itself nicely in the few years since I was here last. 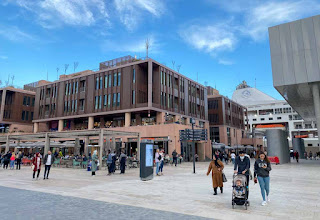 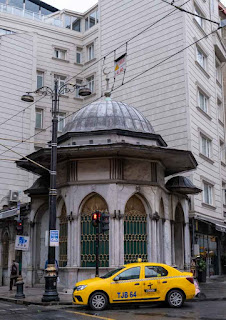 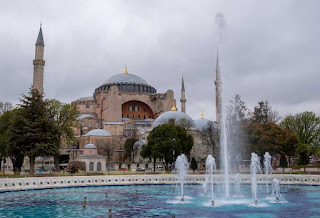 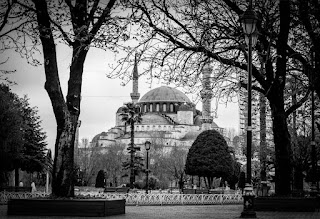 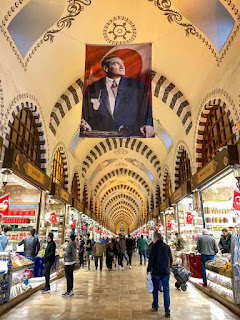 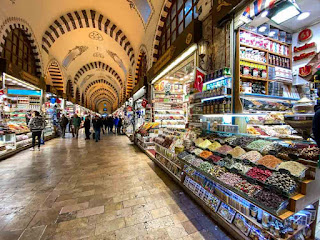