A disputed border town like Gibraltar is always in a state of flux. But, with the uncertainty caused by Brexit, this British enclave defiantly clinging on at the foot of Spain is facing some difficult times.
Our guide told us that there were food shortages in the supermarkets (supply chain problems), and that the Gibraltarians’ ability to cross the border into Spain, was now being limited to only being allowed if they had accommodation booked in Spain. At the same time, the Spanish were playing even more difficult at the border crossing, because they were annoyed that there were two nuclear submarines (one British, one American) docked not too far from us in the port.
However, she was fairly cheerful about things, and expected everything to settle down. Certainly, judging by the amount of building projects on the reclaimed land on the edge of town, the developers are feeling confident about the future. If you hadn’t been to Gibraltar for 20 years, you’d be surprised how much the territory has grown.
My tour visited many of the standard tourist sights that give Gibraltar an exotic allure that belies its rather mundane urban appearance. We travelled up and around the rock, viewing sea caves that were home to our neanderthal ancestors; visiting the huge underground St Michael’s Cave, which has recently been upgraded with a multi-million pound sound and light show; visiting the old Moorish Castle (ignoring the fact that the Moors held the Rock for much longer than either the British and Spanish Crowns); tasting some wines (Spanish of course); and getting a fleeting glimpse of the Rock’s most famous residents, its mischievous monkeys (who were mostly sheltering from the unseasonably cold wind).
Gibraltar is a place that continues to defy logic. Even if you ignore the rights and wrongs of the British presence here, you wouldn’t expect this tiny territory to be thriving, but it clearly is. When you look at all the unattractive apartment blocks, you wouldn’t necessarily expect it to be a nice place to live – but the people here clearly enjoy life. Many people expected Brexit to kill off Gibraltar, but as ever here on the Rock, the Gibraltarians have found a way to keep going. 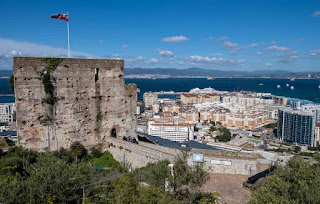 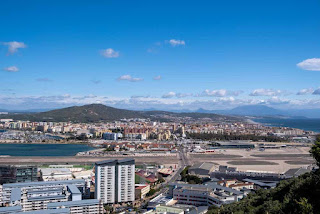 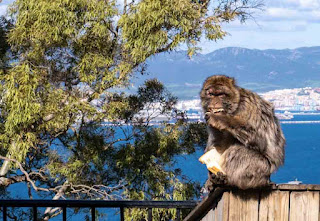 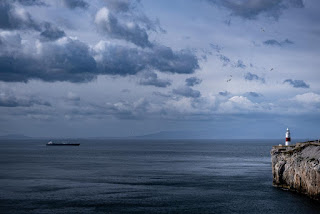 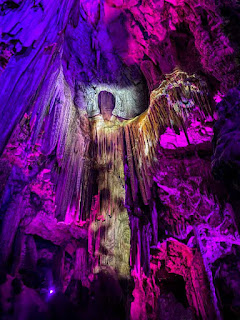 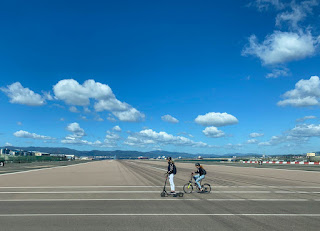