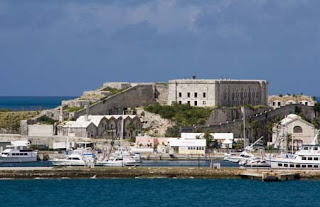 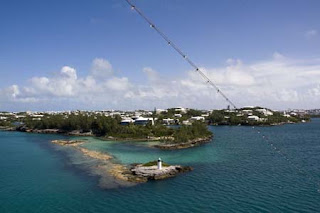 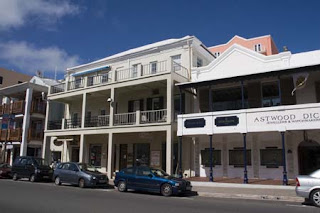 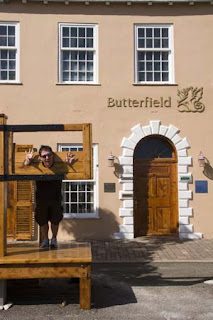 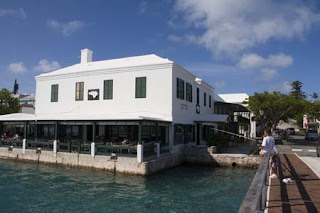 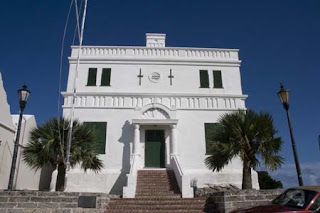 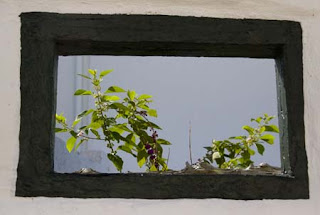 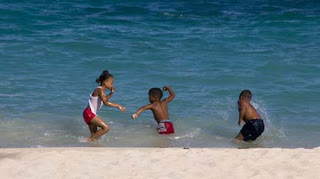 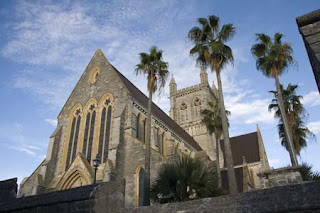 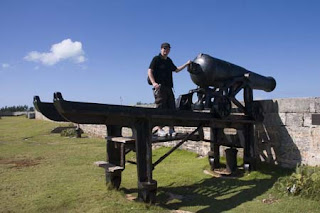 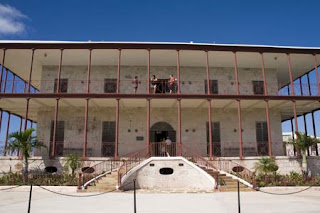 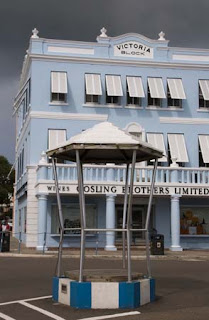 After a couple of cold days in New York before we left, it felt great to feel the warm tropical air as we sailed into Bermuda. It's a spectacular sail-in to Hamilton, past historic forts and luxury houses, and into the Bermuda archipelago; and then we dock right in the heart of Hamilton – close enough even to pick up the free wifi signal from a bar, even in our cabin.

On our first day, we got the bus to historic St George, the island's first capital, founded in the early 17th century and full of quaint old buildings. We walked to Fort St Catherine, and saw some of Bermuda's trademark pink beaches, before trekking back into town to savour the historic atmosphere and having a drink in a seaside bar. The strangely eccentric barman spent his time moaning about how "boring" this tropical paradise that is his home is, and saying how he'd love to live in London and enjoy the wind and rain. I know the grass is always greener, but he was taking this to ridiculous lengths.

On our second day, we caught the bus to the other side of Bermuda to Dockyard – home to a massive old 19th century dockyard of the Royal Navy, which has been turned into a shopping complex and Maritime Museum. The scale and grandeur of the dockyard buildings give you an idea of just how powerful the British Empire once was when Britannia really did rule the waves, and the Museum gave a good introduction into the history of the island, and the origins of its various ethnic groups – British settlers, African slaves and Portuguese farmers.

Bermuda was a great introduction to the cruise – it's all so neat and manicured that it feels like a sanitised version of the Caribbean (even though it's roughly a thousand miles north of the Caribbean), and in spite of the opinions of that strange barman, you can't help but think that it's a great place to live.