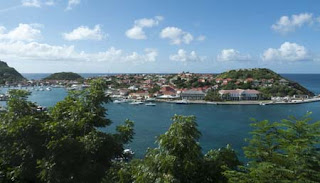 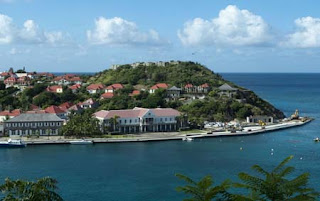 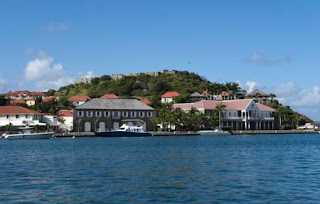 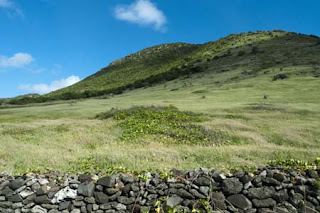 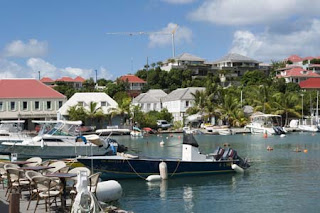 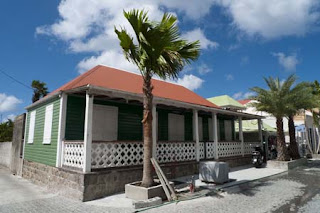 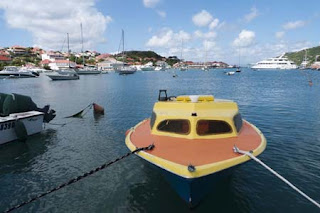 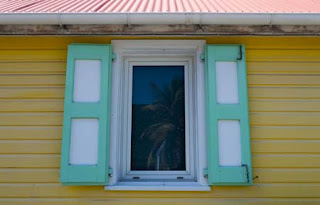 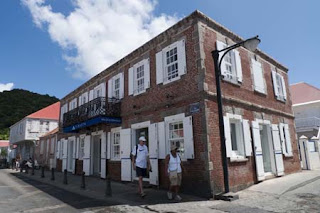 Today we arrived at a little piece of France, and one of the most exclusive spots in the Caribbean – the tiny little island of St Barts. The French have always had a different attitude to their Empire than Britain – their colonies were made to feel like they were part of France itself, and the small relics left over from their Empire, like St Barts, still vote in the French elections and use the Euro as their currency.

If you come here on holiday wanting to spend your Euros, you'd better bring A LOT of them – this is one of the most expensive places in the Caribbean, with prices more eye-watering than central Paris. A coke cost €5 and a bog standard salad €16 – prices to keep out the riff-raff like me, and I guess that's the point. It's odd to see luxury boutiques like Louis Vuitton and Bulgari in a tiny backwater like this, but it's clearly worth their while, when people like P Diddy and Beyonce waft into town on their luxury yachts platinum cards at the ready.

It's definitely an idyllically beautiful place, with so many secluded beaches of soft white sand and luxury hotels and villas behind high walls, far from the prying eyes and long lenses of the paparazzi.

I did a one hour taxi tour of the island to get my bearings, and then we wandered along the pretty waterfront, pushing our noses against the glass of the luxury boutiques like street urchins, and then finding a shop where I could actually afford something – a boulangerie where I bought a baguette that would have graced any French delicatessen.

Also tendering into town was another cruise ship that we've been on many times in the past, so we spent some time catching up with old friends who we haven't seen in ages – lovely to see each other after all this time. Only a few more wrinkles to mark the passing of time.