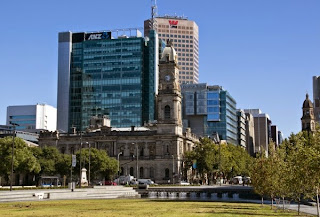 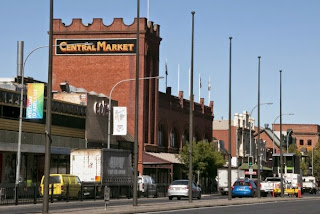 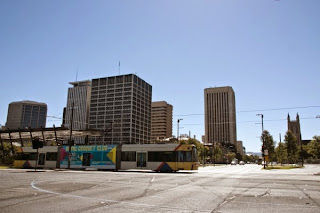 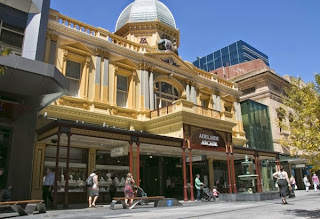 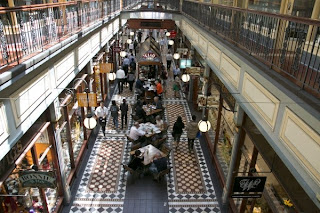 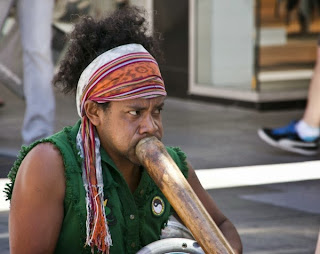 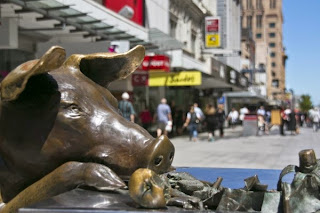 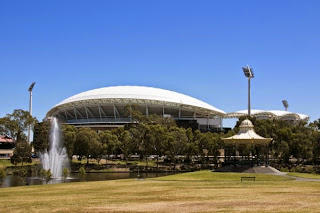 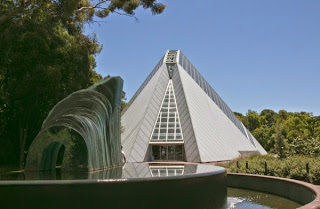 All of Australia's big cities pride themselves on being "liveable" places – the climate, the alfresco culture and the laid back environment all contribute to that. But, Adelaide really seemed to ramp up the "liveable-ness" factor quite a lot today.

It helped that it was a really beautiful day – clear blue skies but not too hot; and, by the fact that we were greeted by so many "Welcome to Adelaides" by the super-friendly tourist guides as we walked from the port. However, the thing that strikes you about Adelaide is just how well laid out it is, always with a sense of space on its streets that Sydney and Melbourne can't deliver – this is a legacy of the Victorian town planners who made this a city of wide streets and green parks.

To get an early start, we caught a train from the port into the centre of the city, and we headed first to the lively Central Market – a fantastically colourful market that claims to be the largest covered market in the Southern Hemisphere. The range of delicious produce in there was amazing – if you lived in Adelaide, you'd be shopping there every day.

We then trekked around the city's main sights, and saw its eclectic mix of urban architecture – stately Victorian set pieces, more modest shop buildings, 1930s art deco, and a few modern office blocks thrown in. It was all much more understated than Melbourne and Sydney's lines of gleaming skyscrapers, or their grandiose Victorian blockbusters.

All the time, we were struck by how friendly and open the people we encountered were – in atmosphere, it felt more like a country town than a state capital of over one million people (that's meant as a compliment, not an insult). Having said that, the city can boast all the amenities of a big city – great museums, art galleries and cultural centres; an attractive array of restaurants and cafes spilling out onto the pavements; and a large pedestrianised shopping centre lined with talented buskers.