November 9th – Round The Rock of Gibraltar

Whenever I come to Gibraltar, I always find myself questioning how this geo-political anomaly can survive. This tiny community of 30,000 people packed into the few flat bits of land that surround the enormous rock itself, is somehow clinging onto its "British" status, in spite of considerable efforts from Spain to claim the rock back.

But, this is an argument that has been raging for centuries – sparking numerous sieges, battles, blockades and political skirmishes – and Gibraltar still seems to be confident that it can survive in its present status. However, what has really upset things though, is the Brexit vote. Seeing as much of the territory's economy is based upon its tax free, offshore status within the EU; once Britain leaves the EU, this place could be in trouble. At that point, the Gibraltarians may begin to question their loyalty to Britain and question their Britishness.

I spoke to our guide about this – a man who spoke with the strangest Spanish-cockney accent that most of the passengers couldn't understand (he sounded like the love-child of Seve Ballesteros and Dick Van Dyke from Mary Poppins) – and he felt that the Gibraltarians would go along with Britain's decision. They've had centuries of dealing with difficult circumstances here, so they can cope with anything.

He drove us around the rock, taking us to Europa Point, where the mountains of Morocco loomed in the distance. At the Point was a sparkling white mosque built by Saudi money – it was ironic that probably Gibraltar's most attractive building should be an Islamic one, but it was a reminder that the Moors actually governed Gibraltar for longer than either the Spanish or the British have done.

To be honest, the rest of the Rock's architecture is fairly uninspiring – mainly functional apartment blocks built on reclaimed land, and concrete shops along the unimpressive Main Street. Having said that, the new waterside development of Ocean Village has been an attempt to instill a bit of glitz into this cramped urban landscape, and its construction is a sign of an economy that's still growing.

We visited the huge natural auditorium of St Michael's Cave (its stalactites beautifully illuminated with changing coloured lights), and we had an obligatory encounter with a few of the Rock's most celebrated residents – its monkeys. Having had a couple of bad experiences with these skittish monkeys in the past, I was a little over-wary of them – when one moved towards me, I panicked and sprinted out of the way, virtually knocking over a person behind me. In fact, the monkey was just moving to get a peanut that was right next to him, but I don't trust these creatures one little bit.

The legend is that Gibraltar's British status is tied in with those troublesome monkeys. They didn't look like they are going anywhere – I wonder if we can be so sure about Gibraltar's future? 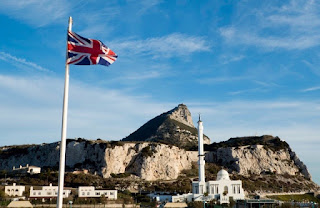 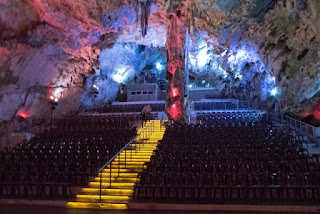 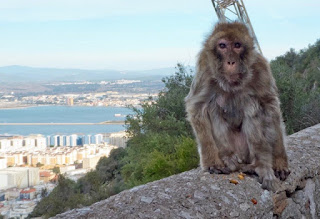 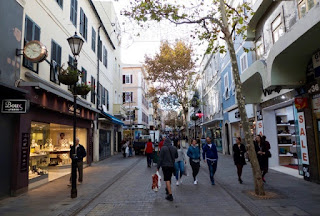 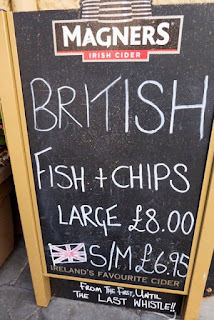