Getting off the tender in the remote river community of Boca Da Valeria immediately shows you that this is not an untouched village of innocents. We were greeted by a "welcoming committee" of about 30 children, all desperate to grab our hands and lead us on a guided tour around their village. Some are dressed up in exotic (but non-authentic) costumes, others are carrying slightly forlorn-looking sloths or brightly coloured parrots, and others just choose to follow you about smiling sweetly.

But, although on first impressions it seems to be an overly-commercialised environment, in fact, once you've run the gauntlet of the children (who do take no for an answer, and who aren't pushy at all), it becomes apparent that the village is a fairly typical example of an Amazonian community. They do have electricity (they were connected to the grid a couple of years ago), they do have satellite dishes, TVs and a few refrigerators, but they don't have much else in their rudimentary stilt houses.

The question that it raised with me was, do they need anything else? They seem well fed and happy, so would having more material goods make them any happier? Well, whatever I think doesn't matter, but they clearly want to have a bit more for themselves, hence the efforts that they were making to entice us to spend with them – beside the efforts of the children, the adults were selling crafts, food and drink, and offering boat rides in their motorised canoes.

We decided that we weren't going to give the children dollars just because they were asking for them, nor were we going to reward people who'd captured animals that would be much better off in the forest, so we donated some money to the small school, and gave out a few Father Christmas toys (which we'd bought in Santarem the day before) as presents. We'd brought along a bagful of these Father Christmases, but it soon became apparent that we hadn't bought enough. It was lovely to see the smiles of the children when they received them, but word quickly got around, and we had a trail of children behind us asking for "Papa Natal".

What we were prepared to pay for, was for a canoe trip into the backwaters, so we had a fun (but boiling) ride out into the beautiful little waterways that run into the Amazon. It turned out that we hadn't necessarily picked the best boat – ours was one of the few without shade, while rather alarmingly, we were taking on water as we sailed along, necessitating me to constantly bail out the ever-growing puddle at our feet, with the top of an oil bottle that had been left there for precisely that purpose.

Sadly, water levels were too low to take us to see the giant water lilies that the area is famous for, but we passed by lots of birdlife as our "captain" took us to his home village. This village was much more "real" – the houses were laid out more neatly (although) they were just as basic, and the school here was much bigger and better equipped. Actually, one of things that struck us about our time here, was just how many children there were – it appears that there's nothing much to do here other than procreate.

As we sailed back, it appeared that the party was over back in Boca Da Valeria – loads of boats were heading away from there with all the people we'd seen dressed up or selling stuff. But, what was nice was that they were just as smiley and friendly as they passed us by as they had been earlier – their friendliness wasn't manufactured, it was genuine.

So, we headed back to the ship, wondering if our impact on the villagers had been a positive one or a negative one. To me, they didn't seem any worse off for us visiting, and it felt like their lives would just go back to normal when we left (albeit with a few extra dollars in their pockets). In some ways, I got the feeling that they seemed just as curious about us, as we were of them.

It's always an odd feeling getting back onboard the ship to our air-conditioned luxury having just been with people who were a lot less well off materially than us. But, I can't be sure who's happier – us or them. 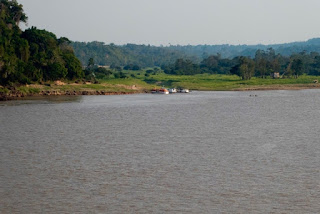 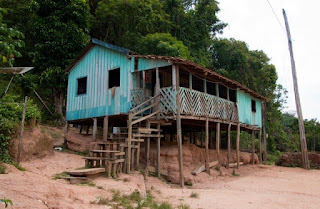 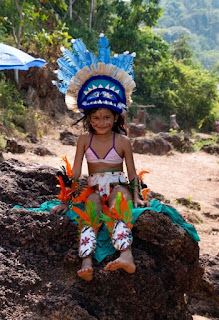 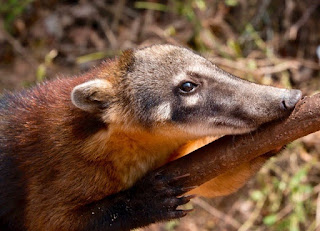 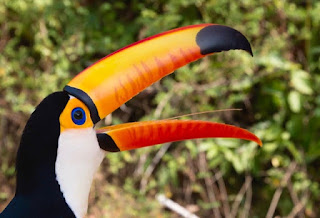 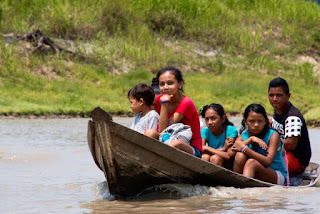 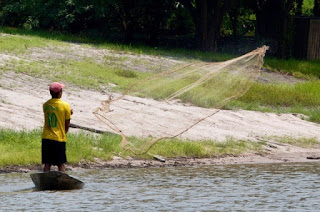 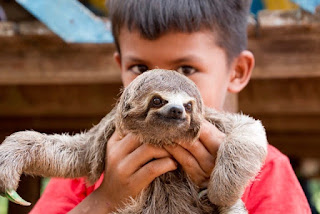