Having seen the unspoilt natural world of the Philippines over the last couple of days, today we got to see a totally different side of the country, in its over-crowded, traffic-congested capital, Manila. In the 18th century, Manila was once one of the colonial jewels of the East; however, a traumatic 20th century has left it a shadow of its former self.

The Battle of Manila between the Japanese and the Americans in the Second World War left the Old Town virtually flattened and left its once-grand buildings in utter ruins; while, the corruption of the Marcos years robbed the city of funds to reconstruct.much of the city, and left behind a society that is still sharply divided between rich and poor.

Of course, controversial current President, Rodrigo Duterte, has promised to clean up the country (sounding a bit like a Wild West Sheriff) – and, whilst the proliferation of extra-judicial killings have caused a lot of consternation internationally, virtually every Filipino that I've spoken to says that he has made them feel a lot safer. To be honest, as we walked around Manila I couldn't tell much difference, but I certainly didn't feel threatened, and they were probably a few less homeless people out on the streets.

We headed to Old Manila, to the Intramuros district, still protected by its formidable city walls, constructed centuries ago by the Spanish. While the walls were looking pretty good (especially with the manicured lawns and greens of the rather incongruous golf course in the moat outside), what was inside the walls reminded us that this is a city still in recovery. Signs showed where once there were grand palacios, monasteries or churches up until 1945, but the modern (mainly concrete) buildings that replaced them were much more mundane – often, all that was left was a propped up facade, that looked in serious danger of toppling over.

However, the stand out set pieces of the reconstructed Cathedral and Fort Santiago did act as reminders that this once would have been a wealthy and impressive place. Because, this city should be as grand as Havana or Cadiz, but instead it's a sad shell of itself – it made me feel very sorry for the Filipino people, caught between the competing imperial ambitions of the US and the Japanese in a war that was not of their making. However, it's not a depressing place - the lively side streets were full of people, many of them fairly poor, but mostly very friendly; while there were plenty of smart business people around to act as a reminder that the Filipino economy is on the up.

But, where you get to see the brighter future of Manila, is outside Intramuros, as you see the skyscrapers and construction sites that bear witness to an expanding economy. While, a trip to one of the huge, gleaming malls confirmed that the middle class Manileños are just as preoccupied with fashion and shopping as in any city in the west.

Manila isn't a desperately lovable place – there's far too much pollution and traffic for that – but, it's a place that wears its history on its sleeve, and which hints that the future is going to be much brighter. In fact, our enjoyable last three days in this country have gone some way to confirming the slogan of the National Tourist Board – "It's more fun in the Philippines!". 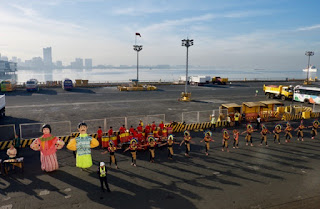 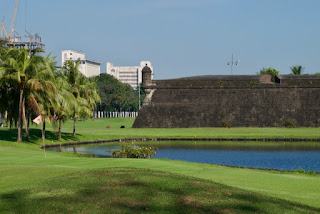 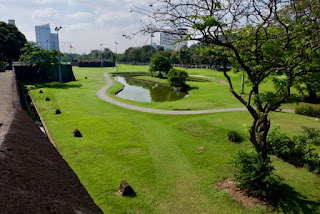 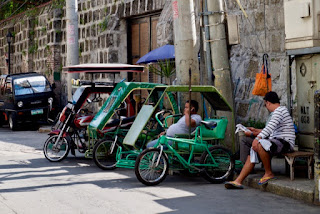 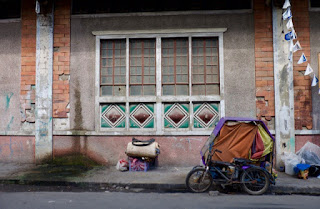 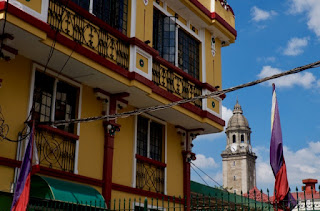 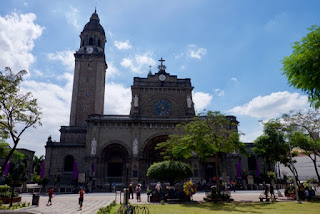 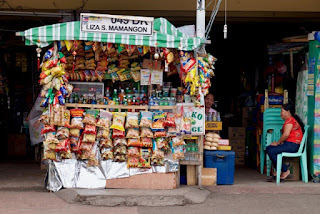 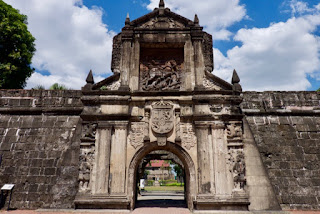 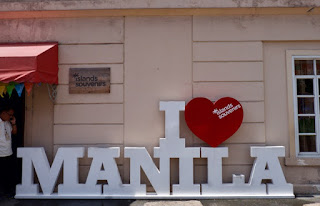