Taiwan is a bit of an enigma as a "country". To be honest, I shouldn't really be calling it a country, seeing as it's not recognised as such by the UN or by most of the world's major nations. But, to me, it feels like a country. It's certainly distinct enough from China to qualify as such – both more modern, and in some ways more traditional.

To me, Taiwan feels like it's mature enough to go its own way as a nation – it has been separated (politically, as well as geographically of course) from the mainland for nearly 70 years now. Of course, the chances of China ever allowing this to happen (given the vehemence of its "One China" policy) is very remote.

So, today we caught the train in from Keelung to see the state of Taiwan's capital, Taipei. Given that Taiwan's economy has been positively booming for the past 40 years, there's an expectation that this is going to be a futuristic, ultra-modern city – but, the grimy concrete apartment blocks that we were passing on the train, showed that Taiwan is a lot more earthy than that. The fact that we were a novelty on the train – an old man asked to take a picture of us, and kept on looking at it adoringly for the rest of the train ride – shows that this is not a particularly touristy place.

Actually, in spite of the fact that Taiwan built the world's tallest tower in 2004 (the enormously tall Taipei 101 Tower – now only the 8th tallest building in the world), this is a fairly low-rise city that sprawls out a long way. We first went to Taipei's oldest district, the Wan Hua district, where we visited the atmospheric Longshan Temple. Given the number of people devoutly praying and lighting incense sticks, it seemed to me that traditional Chinese religions and traditions, are in some ways stronger here than on the more atheist/agnostic mainland.

We then went to see the bizarre military choreography of the Changing of the Guard at the hulking great Chiang Kei-Shek Memorial – the mausoleum of the controversial figure who was the architect of modern Taiwan, but also a dictator who did little to foster democracy or human rights. The slow-motion exaggerated dance of salutes, foot-stamping, and rifle twirling was a little ridiculous – a show of military discipline that would do little to scare mainland China whose 1.3 billion population utterly dwarfs Taiwan's 23 million people.

From here, we walked through the city to the Taipei 101 district – the town's main centre of malls, skyscrapers and modern developments. The roads were wide and well laid out, without the sense of traffic and congestion that blights so many cities out here in the Far East. In fact, a low-key place like Taipei seems like it might be a nice place to live.

On our return to Keelung, we wandered around the incredibly busy night market, before heading to a local restaurant serving "Hot Pot" meals – basically, you have a big bubbling pot of water in front of you and you're given a huge amount of vegetables and meat to cook for yourself at your own speed. We had no idea what we were doing and no-one spoke English, but everyone was very friendly and showed us what to do – great fun! In fact, the meal summed up our day in Taipei – it felt slightly alien yet familiar at the same time, it was friendly and accessible, and if I'm honest, it was a more pleasant version of China. 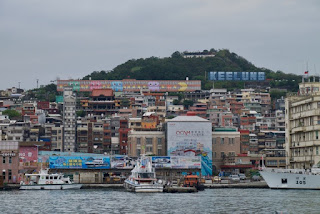 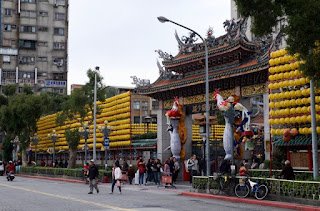 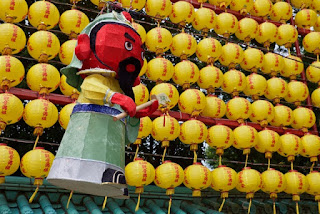 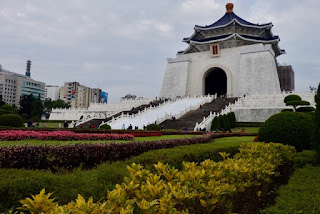 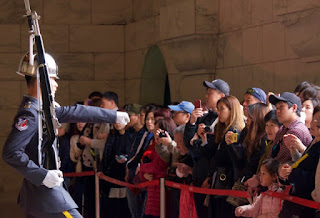 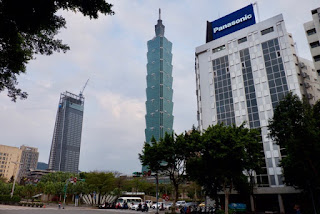 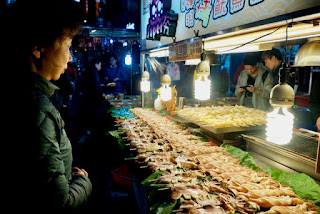 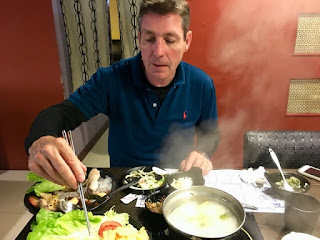