From whichever angle you look at it, KL is growing quickly. As we drove in we saw so many building sites and developments that you wonder how this is all being paid for. Obviously, the Malaysian economy must be doing pretty well.The contrasts between the low-rise colonial district, and the high-rise districts all around it (and in danger of engulfing it) are massive. Scruffy old Chinese shophouses, renovated Art Deco markets, and impressive monumental British-era buildings are dominated by the skyscrapers that are shooting up everywhere.The best perspective on all this was from the revolving restaurant at the KL Tower, where we could see so many construction sites looking like scars in the ground, or gleaming new tower blocks about to be finished off. Of course, we got some great glimpses of KL's most iconic towers - the Petronas Towers (which were once the tallest buildings in the world until 2004), but even they are now being eclipsed by a new construction that appears to be nearing completion – the Exchange 106. This 106-storey building, being built in a brand new Financial District, will soon become Malaysia's tallest building and beats the Petronas Towers by a good 40 metres.But, before the Petronas Towers lose their title as their nation's tallest, we paid a trip up to its top, stopping on the way at its famous Skybridge on the 41st floor, before going up to its observation deck on the 86th floor. By the end of it all, I was getting a bit blasé about tremendous bird's eye views of KL's burgeoning skyline, but the most important point was that this is a city (and a country) that's on the up – quite literally. 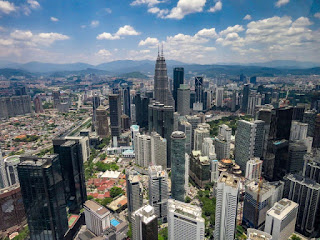 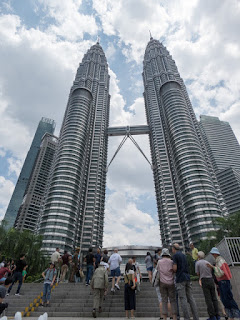 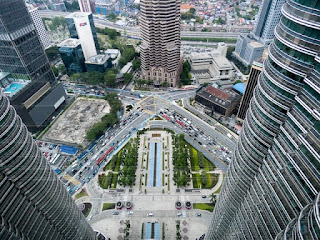 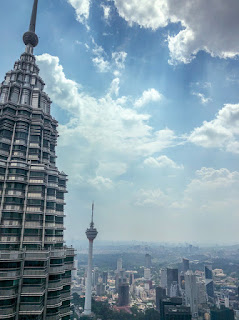