March 23rd – Glad to be Back in Sri Lanka (and Trincomalee)

Having spent a blissful month in Sri Lanka at the end of last year, we were really looking forward to getting back to this beautiful island, and even looking forward to getting back to the rather scruffy but welcoming town of Trincomalee (“Trinco” to its friends).Trinco lay on the border of the Tamil lands during Sri Lanka’s vicious civil war, which meant that for 3 decades it saw frequent outbursts of violence that saw it branded as “Sri Lanka’s most dangerous city”. Fortunately, since peace returned a decade ago, the city is slowly getting back on its feet again, and a few tourists are now starting to come to a sleepy town that’s surrounded by beautiful beaches.But, what Trinco may lack in must-see attractions, it more than makes up for in its friendly welcome – people aren’t used to seeing many tourists here, so there’s a genuine friendliness and shy curiosity to its people.Having got the shuttle bus into town, we followed our noses (quite literally) to the slightly stinky fish market, which was a frenetic hive of activity. People were hacking away at fish outside, while inside, all sorts of exotic fish were laid out on the slippery floor, as the vendors shouted out what they had on sale. It summed up what Trinco’s about – rough and ready, but exotic; chaotic, but friendly, and always colourful.We then visited the produce market, which was equally vibrant, before finding a tuk tuk to take us to a set of ruins that we’d never visited before, the Velgam Vihara, about a 40 minute drive out of town. On a stiflingly hot day, it was nice to get a bit of breeze as we zoomed out of town on our open-sided three-wheeler.Having visited the amazing ruins of Anuradhapura and Polonnaruwa when we were here a few months ago, of course this small scale set of ruins from a 1,000-year-old monastery couldn’t really compare. However, it was an evocative site, and a peaceful contrast to the activity of Trinco.We got our driver to drop us off back in town at Fort Frederick and the Konneswaram Temple. Luckily, our visit co-incided with the morning Puja, as a fairly incomprehensible (but evocatively exotic) ceremony of banging drums, wailing oboes and parading statues was going on. Then, we strolled back through the atmospheric old British fort with its wild dear (and even wilder monkeys) walking around as if they owned the place.Our final stop was for a drink overlooking the beautiful (but pretty much deserted) beach at Dutch Bay – with amazing views like this, I don’t think that Trinco will stay off the tourist  radar for too much longer.Trinco may not be the most amazing place to visit in the world, but for Sri Lanka lovers like us, it was lovely to be back. 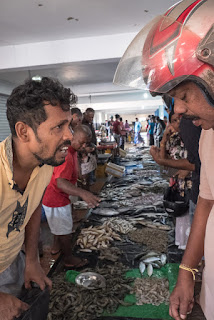 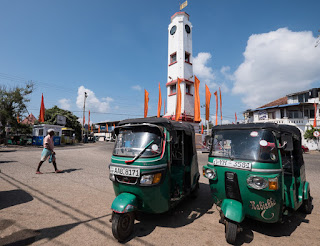 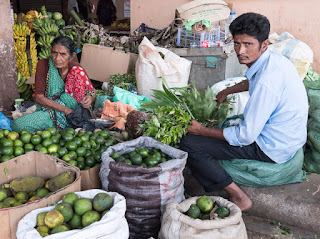 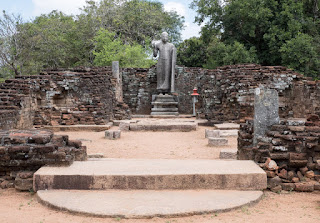 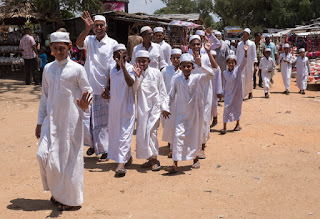 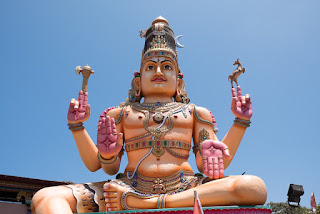 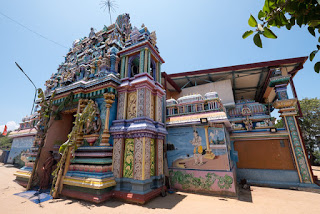