If Dar Es Salaam yesterday was the road less travelled, then Zanzibar is a place that is most definitely on the tourist trail. As you turned every corner of historic Stone Town, a self-appointed guide would latch himself onto you. Just as you shook him off, (by walking fast, pleading poverty, ignoring him, or repeatedly saying no – a combination of all these seemed to work best!) another one would come out of the woodwork.
But, even though almost every shop is selling tourist souvenirs, and so many of its historic buildings have been turned into boutique hotels, Zanzibar still has the feel of a “real” town – a visit to the teeming market, with its pungent fish and meat sections quickly confirms that. But, with its collection of typically Arabian architecture and carved wooden doors, Zanzibar still retains such an exotic atmosphere – one that often feels more Arabian than African. To me, this is how you’d imagine that towns like Muscat or Doha should feel, rather than the faux historic souks, or the skyscrapers and neat boulevards that are the reality of modern Gulf life.
We had a great time exploring the city’s grand set pieces (the Sultan’s Palace, the Arab Fort, its Cathedrals), but the chief joy of Stone Town is just wandering its narrow lanes at random and seeing what you come across next. It’s one exotic sight after another.
But, as you’re marvelling at what an impressive place this would have been in its late 19th century heyday, it was sobering to think that all this had been built on the back of the evil slave trade – paid for with money made from selling humans like animals in the town’s slave market. We visited the fascinating slave museum at the Anglican Cathedral (ironically built on the site of the old slave market), and learnt so much more about this horrifically dehumanising trade.
The heat was oppressive, so we went up to have a rest, a cooling beer, and a much needed curry at a roof top restaurant – there can’t be many more exotic locations than looking across at the rooftops, with minarets competing for airspace with church towers, dhows floating on the Indian Ocean, and looking across at the monumental House of Wonders next door (sadly shut for renovation).
You do wonder how long Zanzibar can maintain this balance between real life and turning into a 100% tourist attraction (Dubrovnik has the same struggle), but for now this remains a thoroughly fascinating and evocative place that’s a joy to explore. With its fusion of African, Arabian and Indian traditions, mixed in with incongruous European influences too, Zanzibar seems to be the embodiment of the word “exotic”. 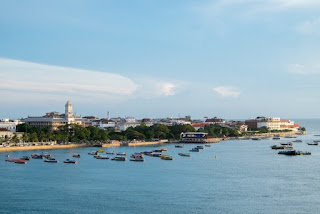 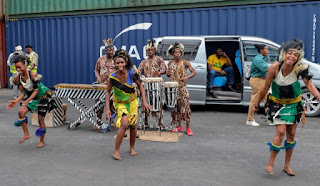 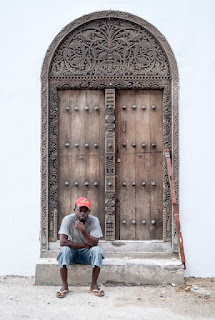 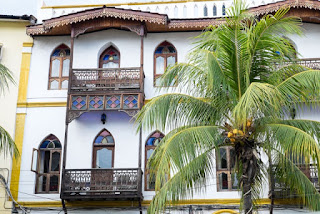 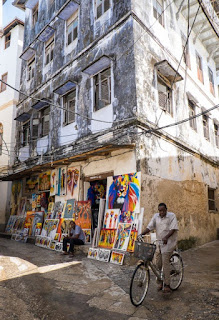 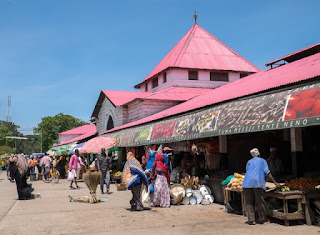 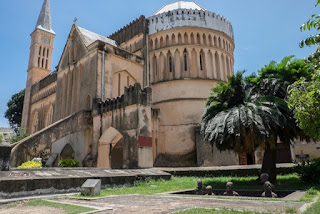 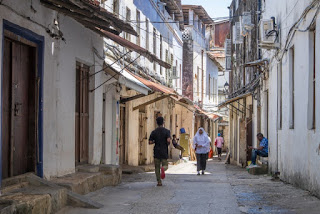 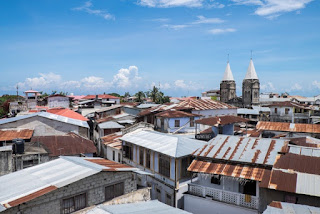 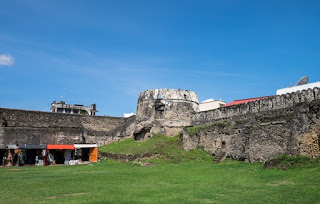 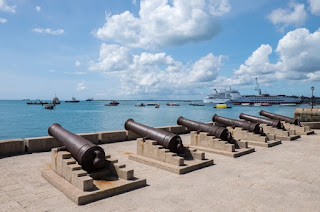 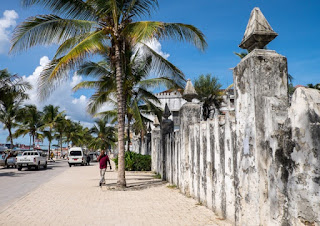 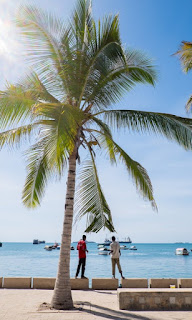 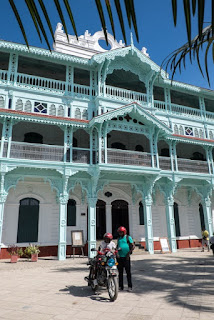