March 27th – The Other “Other” Maldives

When Tracy told people back home that she was spending her birthday in the Maldives, they imagined that she would be on one of those picture-perfect desert islands, lying out on a white sand beach in 5-star luxury. But, the reality of the Maldives (at least for most of its population), is that they live in one of the most densely populated places in the world, on the over-crowded concrete jungle that is the main island, Male.

So, till now, my experience of the Maldives had been of the parallel universes of either claustrophobic Male or the unreal atmosphere of the desert islands. But, today, I got to see that there’s now more of a middle course for this conflicted nation – one that doesn’t just keep the tourists secluded on those hermetically sealed resort islands, separate from the devoutly Muslim local population.

Our trip took us to two islands where the locals and the tourists are actually allowed to mix – to Gulhi and Maafushi Islands. Here, we were able to see the laid-back lifestyles of the islanders who are able to actually enjoy a sense of space and access to the ocean that’s denied to the population of Male. Along its sandy streets with their scruffy sun-scorched buildings the atmosphere was sleepy and the people were friendly, if a little reserved.

On these quiet little islands, a few small scale guesthouses have been built, and a so-called “bikini beach” has been cordoned off, where the westerners in their skimpy swimsuits won’t offend the covered up locals. To me, it still feels like there’s a bit of an “us and them” atmosphere going on, but at least there is some interaction allowed.

To be honest, the Maldives aren’t my kind of place – even if the water is beautiful, lying out on bakingly hot beaches is not my idea of fun, and there’s not really anything else to do there other than that. Actually, I find that Male, with its urban dimension is much more interesting, but it was good to see a slightly different side of local life today, in the other “other” Maldives. 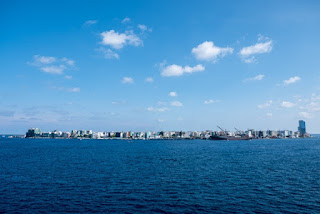 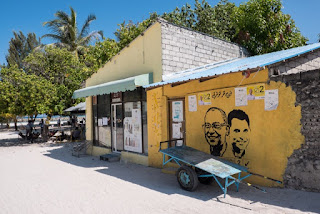 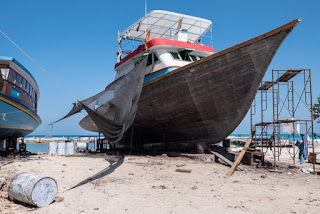 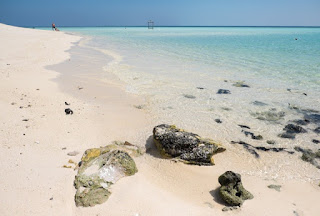 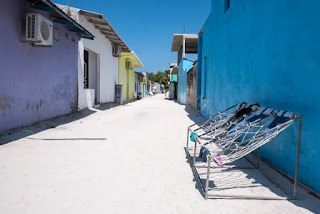 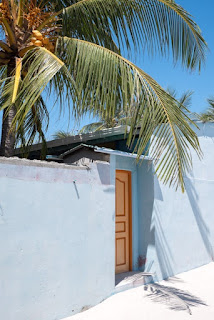 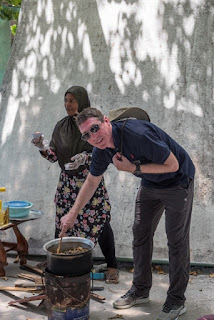 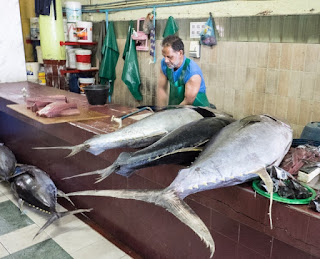