Suva (Fiji’s capital city) is a place that often gets a bad press. It gets criticised for being too urban (this is by far the largest city of the South Pacific islands), people accuse it of being too dirty (admittedly it is a bit scruffy around the edges), and it mainly suffers from comparison with all the idyllic beaches that Fiji is famous for (there isn’t a beach to be found in Suva).

However, when you’ve been already turned away from the Cook Islands and Tonga, and you’ve spent 4 days at sea wondering if we would be allowed in anywhere (plus we lost a day of our lives after we crossed the International Date Line), then everyone onboard was extremely glad to be calling in here. And, whether or not they were just relieved to be setting foot on land at last, most people really enjoyed their time in Suva.

Actually, Suva seems to have smartened up its act over the last decade – there are quite a few relatively smart malls in town, everything was fairly neat and tidy, and there seemed to be quite a few large developments under construction. Plus, the great advantage that Suva has always had, is its wonderful people – everywhere we walked, we were greeted with wide smiles and enthusiastic shouts of “Bula” (a cross-between hello and welcome) – it really was heart-warming.

Just across from the port is the town’s wonderful market, which was an immediate introduction to its friendly people, and also to Fiji’s incredible fertility. There was a huge variety of fragrant fruit and colourful vegetables in there, plus of course the Kava roots on sale that provide the mildly narcotic drink that keeps these gentle giants so mellow.

We explored central Suva’s streets, which were a sometimes jarring mix of interesting colonial buildings, worn-out concrete constructions, and shiny modern developments. The atmosphere was lively and colourful (not too dissimilar from a Caribbean capital), and the shopping was pretty good for a Pacific Island and often surprisingly cheap.

We headed over to the National Museum, which was interesting in a low-tech, shabby chic way, and luckily enough, we just about missed out on some of the heaviest rain that I’ve ever experienced – the rain was really ricocheting off the pavement. In between showers, we sheltered in the refined surroundings of the Grand Pacific Hotel, a stately colonial institution which is a great place to have a drink and feel like Royalty (Harry and Meghan were recent guests, so maybe ex-Royalty then).

We then meandered along the waterfront, watched a bit of rugby training in Albert Park, and just enjoyed the mellow atmosphere of a place where people really seemed happy to see you – it made for a refreshing contrast with the indolence of Papeete.

With stops at a couple more Fijian ports to come, where people will hopefully have the chance to see the beaches, blue seas and unspoilt landscapes that this country is more famous for, our experience of Fiji will only get better. However, I have to admit, that it was a pretty good start. 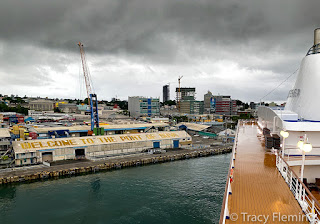 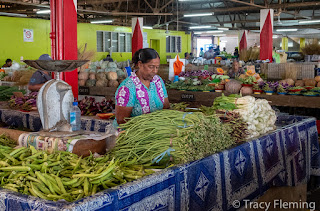 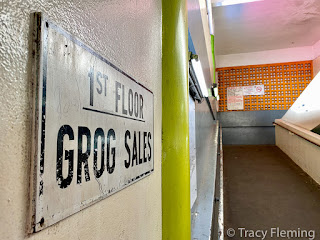 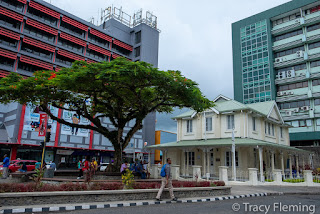 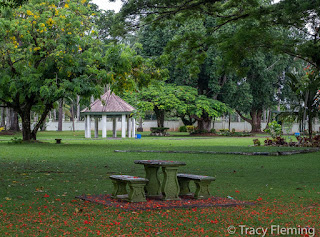 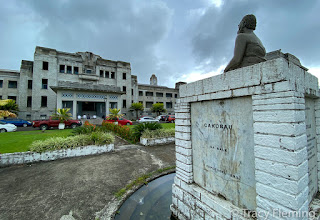 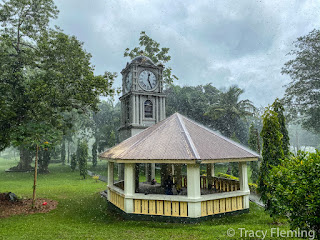 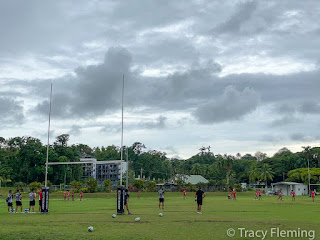 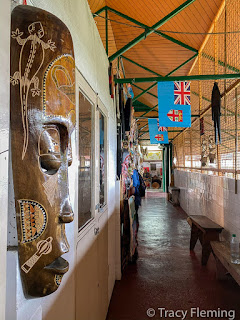 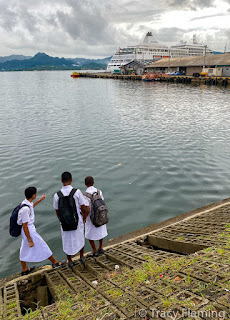