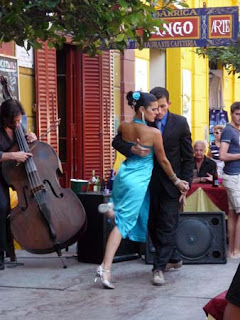 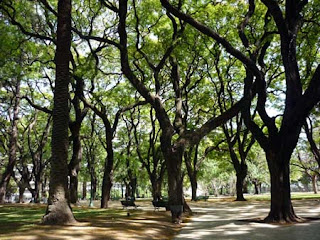 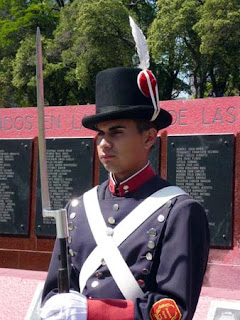 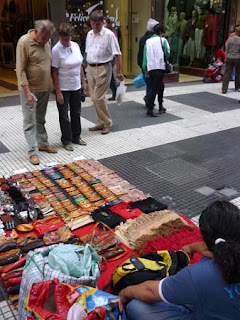 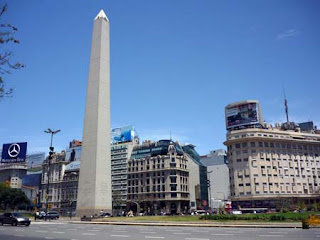 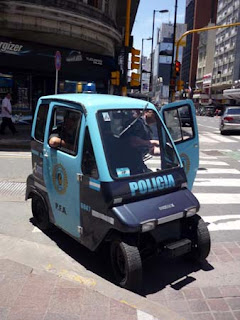 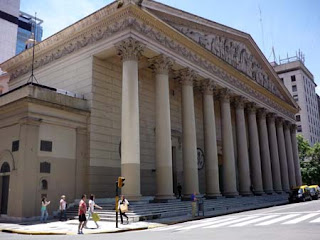 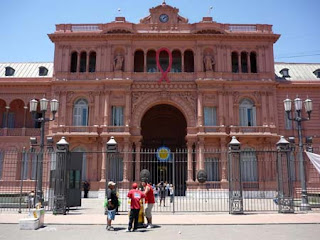 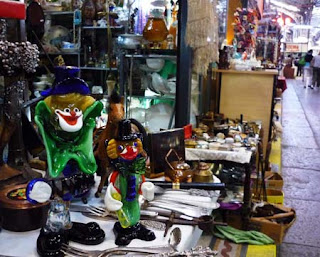 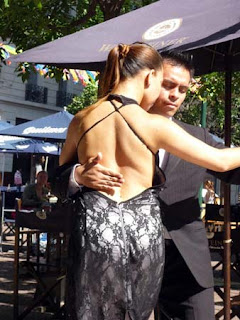 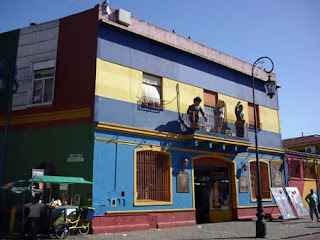 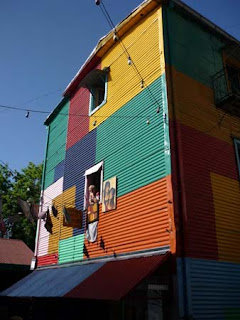 Buenos Aires is a beautiful, exciting and romantic city – it's also a place with a real image problem about street crime. Having warned everyone to be super-vigilant about pickpockets, it wouldn't do for the Destination Lecturer to be robbed, so we went out with money secreted in all sorts of places – socks, bras, secret pockets, money belts – which made actually paying for anything a bit of a palava, as we ferreted around these hideaways trying to dig out the cash trying not to draw attention to our secret stashes.

Buenos Aires is also a great city to walk around, so we caught the shuttle to Plaza San Martin, and walked down the incredibly busy Calle Florida, the main shopping street, rammed full with shoppers. From there, we walked onto the centre of the city, Plaza de Mayo, to see the Casa Rosada (where Evita made her famous speeches to the adoring crowds), the impressive Cathedral, and the colonial Cabildo (the town hall).

From here, we marched on to perhaps BA's most atmospheric district, San Telmo – a bohemian mix of run-down and restored buildings, trendy shops, lively markets, traditional restaurants and cool bars. We took a rest in the shady Plaza Dorrego for a drink, and watched a street Tango of the day – the first of many.

After this, we took a quick cab ride to La Boca, BA's most lively working class district, most of which isn't really safe for innocent tourists to be walking around. However, the touristy Caminito area is safe, and it's jam-packed with colourful houses, craft and souvenir shops, and more passionate street tango performances than your brain can take in.

We needed a break from this sensory overload, so we headed back to the ship for a shower before heading out to San Telmo again for a meat fest at a parilla – open grill restaurant. Obviously, Tracy doesn't eat meat so the experience was rather wasted on her, but she was kind enough to indulge me as I waxed lyrical about the huge, bloody, succulent lump of beef on my plate. It was so enormous, that beef was my entire meal – no chips, no vegetables, just beautiful beef.

I wonder if I'll be able to even move tomorrow.