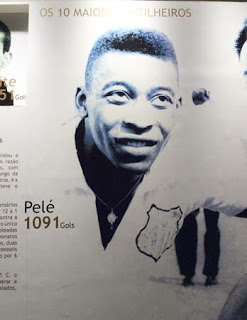 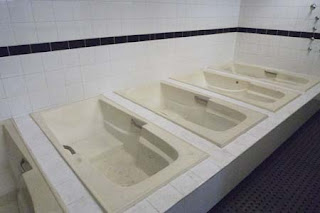 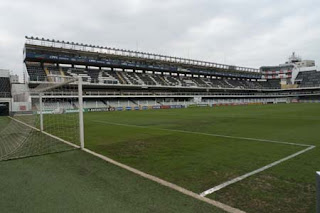 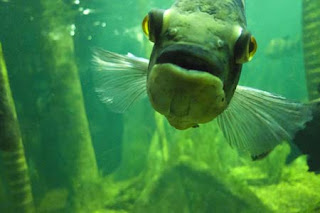 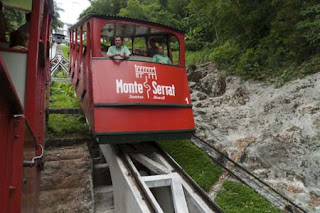 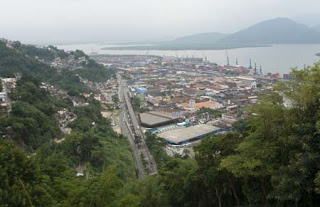 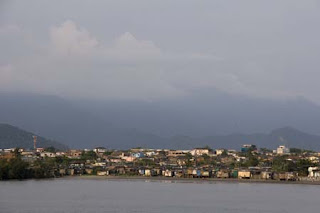 Santos is famous for a few things:
1. This is the largest coffee-exporting port in the world.
2. The city is the closest port to the enormous metropolis of Sao Paulo (by some reckoning, the 3rd largest city in the world).
3. It reputedly has the longest beachfront park in the world, stretching for 4 miles along its beautiful sandy beaches (ok, it's not that famous for that, but it's in the Guinness Book of Records anyway).

And, most famous of all:
4. It was the home club of the world's greatest ever footballer, Pele.

So, our city tour took us on a trip around Santos's famous stadium, where the trophy cabinet was stacked full of trophies won by the club (many in the glory days when Pele graced the ground). Actually, for such a successful club, it's a surprisingly small stadium – with a capacity of only 17,000. We went around the changing room, where Pele's revered locker is still marked with his name – this is the only locker that doesn't get handed down to new players.

The football club is really the chief attraction here - Santos is a large industrial port city, so it's not exactly packed with sights, but we also took in the city aquarium, the funicular up the steep hill behind the city (excellent views from the top), and a quick drive around the old colonial centre of town (now quite run down, but according to our guide it's on the up).