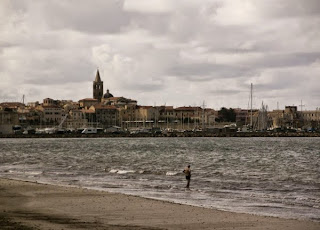 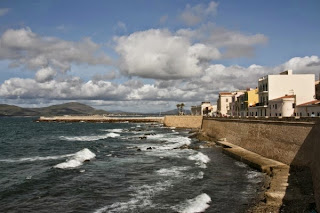 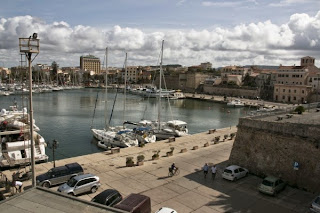 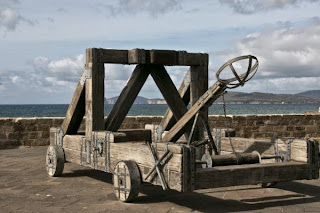 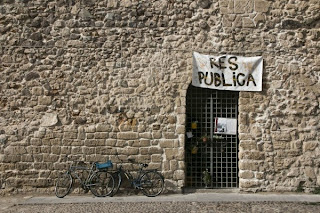 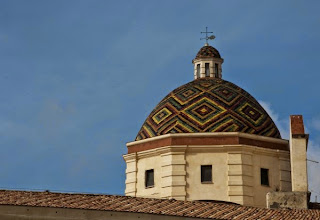 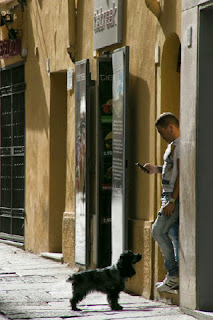 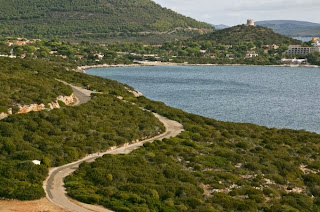 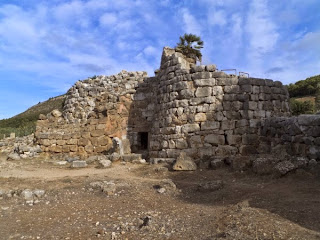 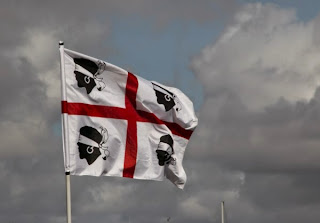 Having sailed from Barcelona via Ibiza and Menorca, by now we've got used to seeing plenty of evidence of Catalonia's medieval empire. However, discovering even more Catalan culture and architecture here on the Italian island of Sardinia comes as a surprise to many. Because, the beautiful port of Alghero first became Catalan back in the 14th century, and the people here still consider themselves as Catalans first, Sardinians second, and Italian a distant third.

In the narrow streets of Alghero's atmospheric Old Town, there was enough impressive Catalan Gothic architecture on offer to justify the town's nickname of "Little Barcelona", while the street signs in the Catalan language and the presence of paella on many of the restaurants' menus all point to an enduring Iberian influence. This unique combination of Catalan, Italian and Sardinian, really gives the town a cultural dimension that can't be found anywhere else in the Mediterranean; while the presence of Alghero's beach just outside of its huge city walls means that there's a relaxed holiday atmosphere to savour too.

Actually, we weren't able to lay anchor in Alghero as planned – high winds meant that the tender operation here would have been too dangerous. So, instead we docked in the more protected harbour of the sleepy town of Porto Torres on the north coast of the island – a 40-minute drive away. That drive showed us a bit of Sardinia's unpopulated interior, and also allowed us to stop for a few views of its stunning coastline. It was interesting to see how undeveloped this western coast is. You get the impression that anywhere as beautiful as this, located elsewhere on the Med, would have been chock-a-block with hotels and resorts.

Before we got to Alghero, we also stopped in for a quick visit at one of Sardinia's 7,000 Neolithic monuments, mysterious stone towers called "nuraghe". Like Menorca's stone monuments the day before, we don't really know the purpose of these 3,000 year old enigmatic constructions, but they point to an ancient civilisation more advanced than perhaps you'd expect of the bronze age.

But, the star of the show was Alghero, a town that seems to tick most of the boxes for a tourist destination – great beach, good food, fascinating history, intriguing culture, stirring location, beautiful architecture, and an enjoyably lively atmosphere.