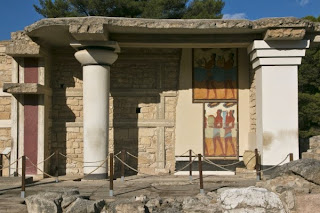 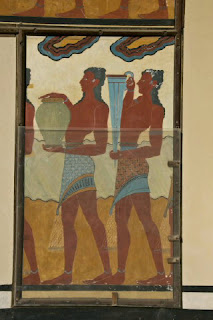 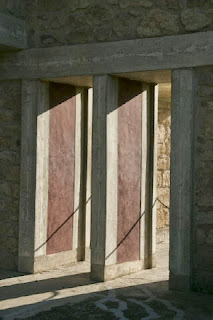 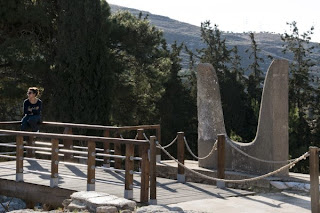 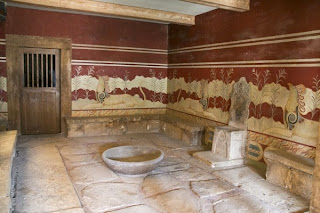 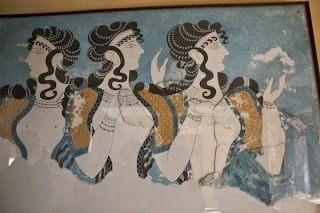 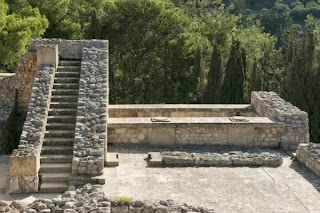 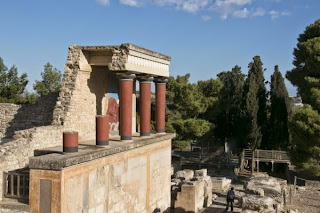 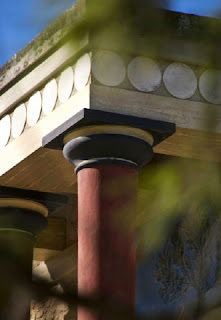 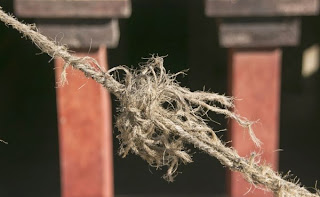 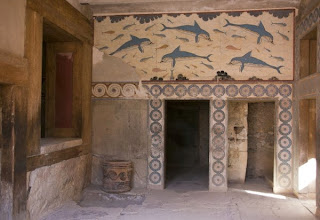 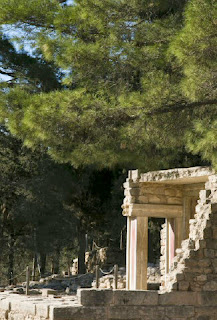 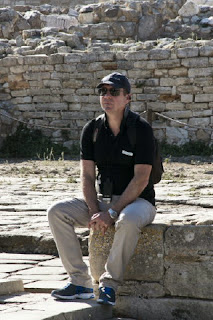 On our half day today in the resort town of Aghios Nikolaos, we travelled to see the ruins of the Palace of Knossos to see the traces of the mysterious Ancient Minoan civilisation. Not only did the Minoans inspire so many Ancient Greek myths, most famously the legend of the Minotaur and the Labyrinth, but they also were responsible for a whole range of "first this" and "oldest thats" and in western civilisation.

On our visit to these enigmatic ruins, we saw the remains of Europe's first urban culture, saw the oldest paved road in Europe, the oldest throne in Europe, and even the world's first flushing toilet. It was amazing to think how much history and cultural significance was packed into these ruins set in the pine-scented hills above Crete's modern capital, Heraklion.

What made our trip even better, was that the lateness in the year means that there were only a tiny fraction of visitors to share the ruins with compared to the height of summer, while the clear skies and late autumn sun made it just the right temperature on an open site without much shade.

Knossos is made perhaps a bit more evocative than your average ancient site by the fact that the archaeologists have re-constructed various buildings and given them the colours and re-created frescoes that would have decorated them. It certainly makes the site come more to life for the visitor, although there are serious question marks raised as to whether it really provides an accurate representation of a palace and culture that we really know very little about. Leaving aside the archaeological arguments, it was fascinating to see the multi-storied buildings and to remember that this was a Bronze Age society that existed well over 3,000 years ago.

Greece is full of ancient sites, but Knossos is the Grand Daddy of the lot.