October 26th – The Mosaics of Pafos 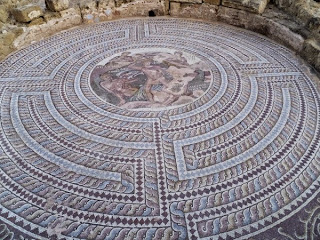 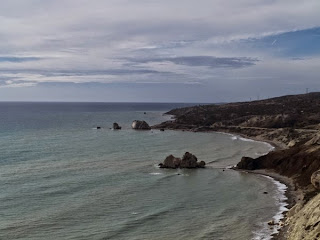 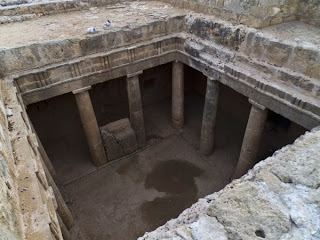 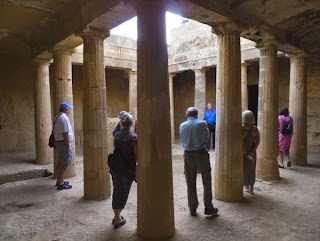 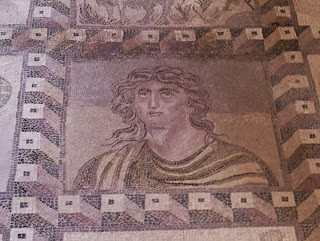 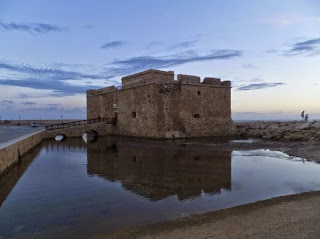 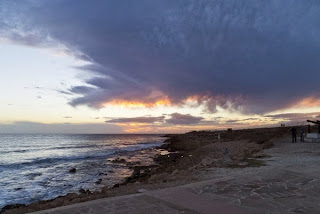 Cyprus is sometimes known as "one big archaeological park", and our trip around this beautiful island certainly confirmed just that. After stopping at the rocks in the sea where the Greek Goddess of Love, Aphrodite had supposedly been born, we headed to the so-called "Tombs of the Kings". These monumental tombs dug into the rock are very unlikely to have housed dead Kings, but instead would have been the final resting places for Cyprus's aristocracy 2,500 years ago.

The mis-named Tombs have a lot of similarity to Ancient Egyptian tombs, which is not co-incidental, since at the time that they were built, Cyprus was being governed from Alexandria, by the Ptolemies – a sign that Cyprus has always had plenty of influences from the East, as well as the West.

Our next stop was at Cyprus's most evocative ancient site, to see the wonderful mosaics at Ancient Pafos. The Romans had made Pafos their capital of the island, and the ruins that have been unearthed here, point to them having pretty comfortable lives here. Our tour was like an ancient version of Lifestyles of the Rich and Famous, as we were taken around the remains of a 70-room mansion from the 3rd century AD. The walls that are left aren't standing much more than 3 feet high, but it's the floors that are amazing – each room covered in incredibly detailed mosaics of legends, the gods, and nature.

The quality is fantastic, while the colours are still as vibrant as they were when they were laid down 1,700 years ago. Almost all the legends portrayed were of love stories gone wrong and star-crossed lovers who came to a sticky end, so I came to the conclusion that the owner must have been a slightly depressive person who'd been unlucky in love.

When people think of Cyprus, they tend to think of beaches and resorts; however, these amazing mosaics act as a reminder that the island is a cultural and historical treasure trove too.