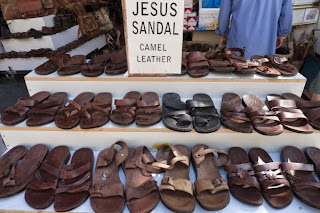 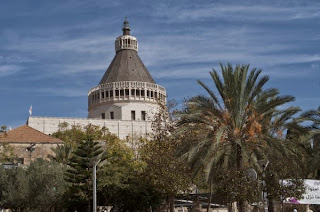 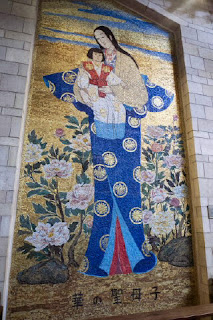 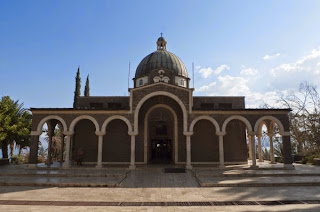 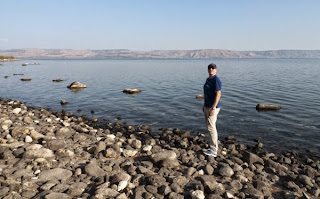 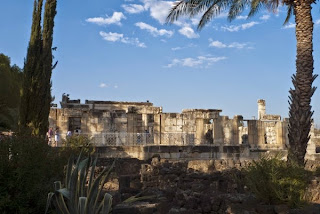 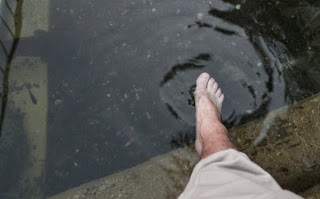 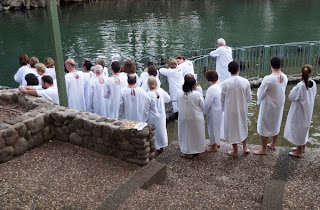 From the port of Haifa, we followed in the footsteps of Jesus, travelling to Nazareth and then to the Sea of Galilee, to see where so many events from the New Testament took place – kind of like using the Bible as our guide book.

One upside of the tense political situation here, is that there are a lot less other tourists and pilgrims visiting the Holy Land at the moment, which means that the amount of jostling at the Holy sites was much reduced, so that we could enjoy their significance without their Holy aura being ruined (as sometimes can happen). Aside from us (one of the few cruise ships visiting this region), the other main groups of tourists appeared to be either Russian or massive parties of exuberant Nigerians.

We visited the massive Church of the Annunciation in Nazareth (the largest church in the Middle East), which was as quiet and serene as I've ever witnessed it, and then we went to the Sea of Galilee for a lovely lunch in Tiberius. It's always a powerful feeling standing at the waters of the Galilee and to imagine that it was on these waters that Jesus would have walked, and that this is where he asked Peter and the Disciples to become Fishers of Men.

We ventured to the Church of the Beatitudes where Jesus delivered the Sermon on the Mount – never, has the phrase "Blessed are the Peacemakers" seemed more appropriate than now, just 6 weeks after the conflict in Gaza has quietened down (who knows how long for?). We also visited the spot by the waters where Jesus reputedly told Peter that he would build his church on him as its rock – it's amazing to think that what happened at all these places have had a such a massive impact on the world over the last 2,000 years.

We visited Capernum, the small town were Jesus and the Disciples were based in his last years, and then we visited the River Jordan, near to the spot where Jesus was baptised by John the Baptist. It was clearly an emotional visit for many of the pilgrims there in their white robes, who were climbing into the waters to get baptised again.

On our way round, our excellent guide made a heartfelt case for the Israeli side of the story on the events of the last few years in this troubled region. It was a version of the story that we in the west rarely here, and one that makes you realise that the more you hear about the Israeli/Palestinian conflict, the more complicated it gets. As they used to say about Northern Ireland, "if you think you understand the situation, you don't understand the situation". In Israel, there aren't two sides to every story, there's about twenty.