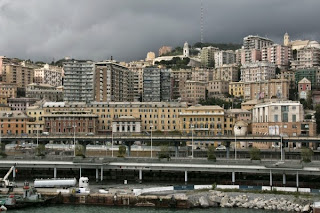 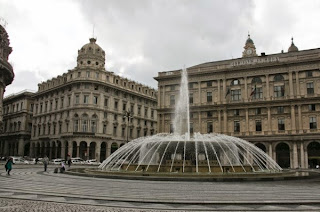 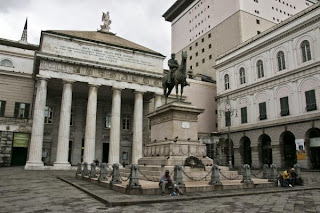 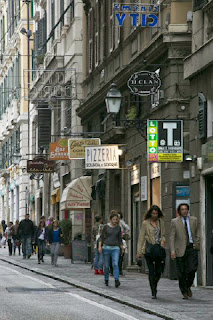 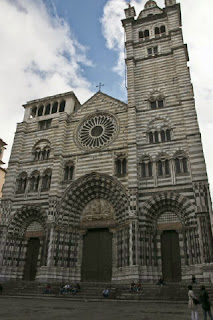 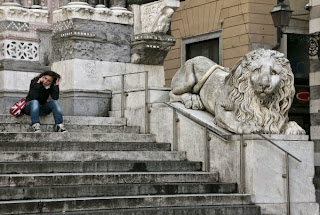 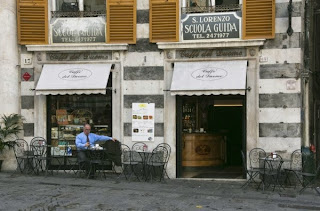 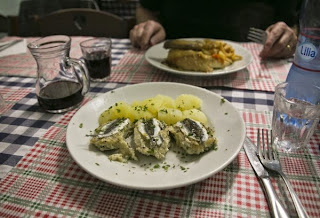 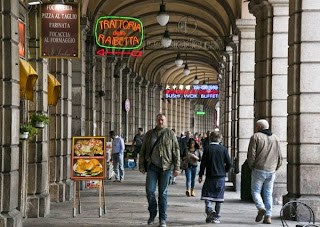 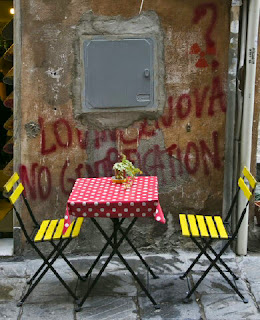 We were scheduled to spend today in the peaceful little fishing village of Portofino on the beautiful Ligurian Riviera, but that was not to be. Instead, strong winds made the tender operation impossible, so we diverted to the safe harbour of Genoa, Italy's busiest port.

Where Portofino is quiet, Genoa is noisy and traffic-filled; while Portofino is tiny, Genoa is a teeming metropolis of 700,000 people; and if Portofino is exclusive, Genoa is a cosmopolitan world city. But, what Genoa has that Portofino can't rival, is a fascinating history, some extremely impressive historic architecture, and an incredibly vibrant streetlife.

Unfortunately, the modern world hasn't been particularly kind to Genoa. In the Middle Ages, this was one of the richest cities on the planet, which has given it a whole set of grand palaces and impressive churches; however, the war (and post-war development) has seen the addition of new buildings that jar with its architectural riches, and a waterfront scarred by a raised motorway that runs its length.

But, get away from the waterfront, and into those narrow lanes of tall buildings, then the city begins to grow on you – you see real life going on at a hundred miles an hour, in almost medieval levels of activity and grime – it wasn't always pretty, but it was compelling. To get a rest from those mean streets, we went for a delicious lunch at a cheapo local restaurant we've been to a few times, for a bit of pesto (Genovese of course), and Tracy's favourite, acciughe ripiena (stuffed anchiovies).

As we wandered the streets, it was interesting to note how cosmopolitan Genoa has become – lots of Africans, and plenty of Chinese and other nationalities on the streets and running its shops. I guess that in some ways this mix of ethnicities is quite appropriate for a city that made its fortunes on world trade. Genoa once vied with Venice to dominate Europe's trade with the East, while the city's most famous son, Christopher Columbus, was the man who discovered the New World. These days, it seems that the Orient and the New World has come to Genoa.