Of course, Barbados is best known for its superb array of beaches, but for me one of the most interesting aspects to the island is the historical legacy of the sugar industry and the slave trade.  Not only did the evil institution of slavery change the lives of the poor Africans they imported to work here, but it also made a small British elite incredibly rich on the back of the new super-crop, sugar.

We went to visit what is probably Barbados’s grandest Plantation House – St Nicholas Abbey, whose impressive Jacobean architecture dates from the 17th century. Just seeing the opulent architecture and furniture shows that there were fortunes to be made here, while the rum that is still distilled here shows that the sugar industry lives on 3 and a half centuries later.

But, our main reason for coming here, was to try one of Barbados’s newest attractions – the St Nicholas Abbey Heritage Railway – a steam railway service that tours the plantation’s grounds and only began in 2019. It was all superbly done - the evocative old steam engine spewing out smoke and steam, the whistle tooting and the carriages rattling, as we made our sedate progress around the estate. Rarely has such a slow-moving attraction been such a delight.

Trains were once a mainstay of the sugar industry from the 1880s until the 1930s, but the costly infrastructure of tracks and bridges have almost totally disappeared since then. The revival of this Heritage Railway has been a significant investment in the island’s tourist industry, and I hope that it thrives.

After our low-octane ride, we did a fascinating tour of the house, drank some rum (of course) and then had High Tea in the garden of the house. What a relaxing way to spend an afternoon. 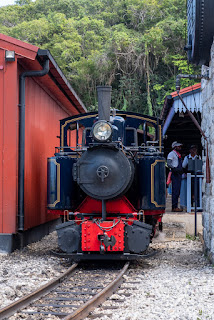 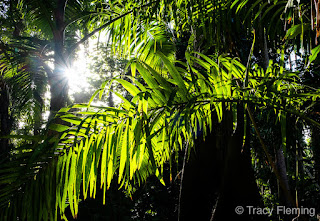 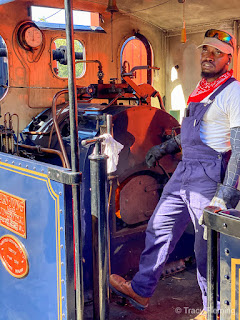 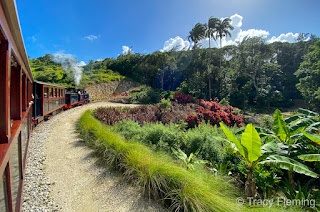 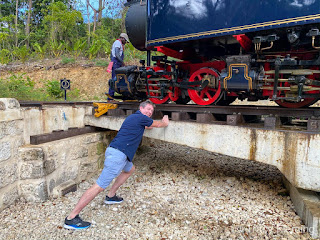 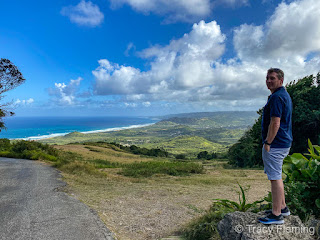 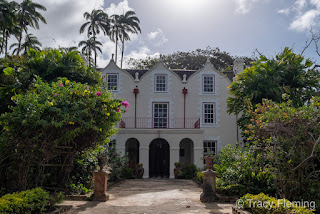 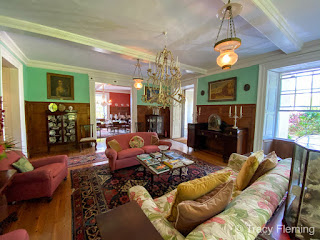 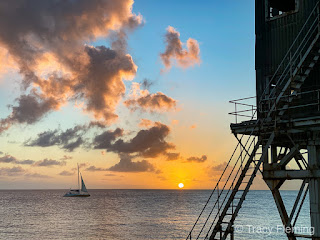