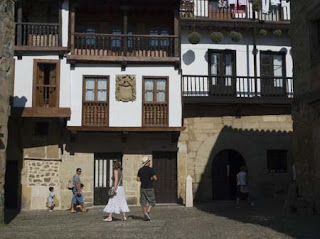 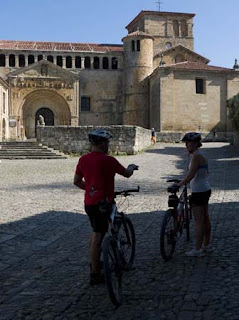 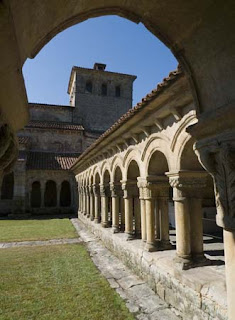 From Comillas, we took the bus to this wonderfully preserved little medieval village – for some reason, it rolled off the tongue really well, if you said it to the tune of bom-tiddly-bom-bom, bom-bom (if that doesn't make sense, I'll gladly sing it to you next time I see you).

The town is set in the middle of some beautifully green Cantabrian countryside, and was built around a shrine to Saint Juliana – a Roman saint who supposedly captured the devil himself, there's lots of faded carvings of Juliana proudly leading the goat-like devil round on a chain. We explored the basilica with its Romanesque cloister, and wandered around the medieval streets, before having a surprisingly cheap Menu del Dia for lunch – they include a flagon of vaguely drinkable wine with each meal.