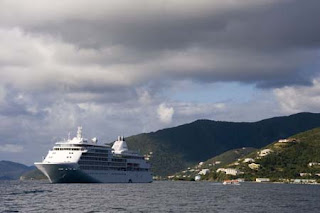 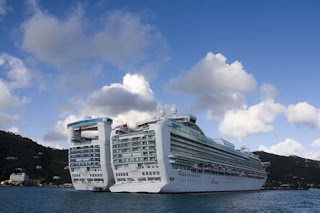 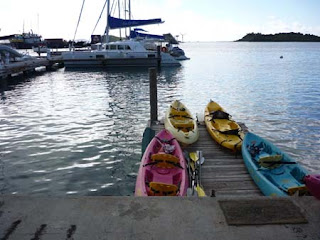 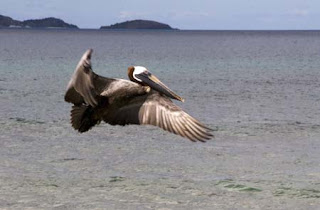 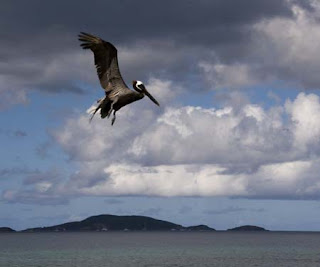 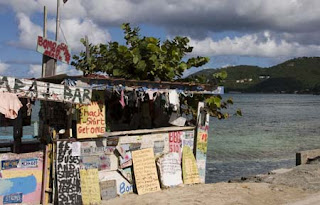 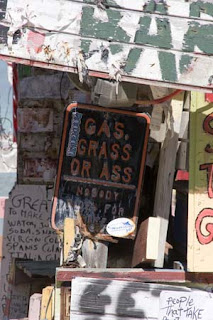 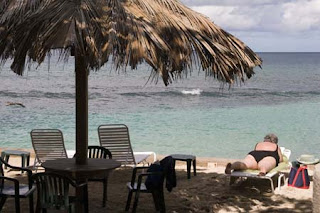 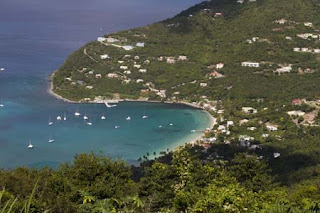 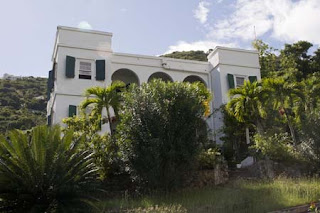 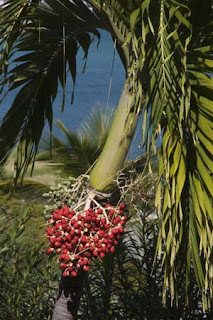 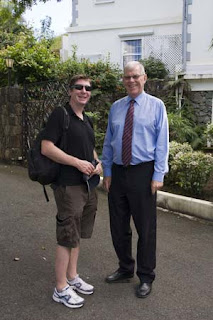 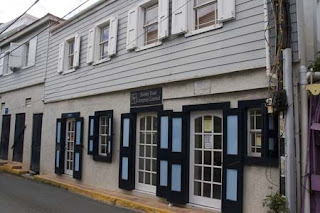 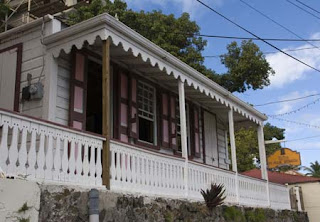 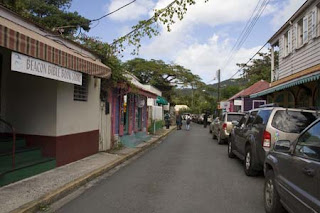 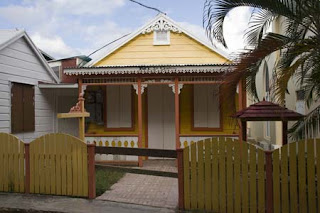 Our first stop on the World Cruise is in the British Virgin Islands, on the beautiful island of Tortola. Unfortunately, no-one had told the BVIs that we wanted our first call to be an exclusive one, so Road Town's cruise terminal was taken up with two monster cruise ships, disgorging about 5,000 passengers at once, while we had to tender into port.

So, it was a good thing that we were heading out of town on our "Eco Safari and Kayak Tour", as we went to a protected piece of coastline to visit a mangrove swamp and coral reef. Here, we wobbled into our double kayaks and paddled off into the mangroves. Unfortunately, my kayak partner and I constantly veered off to the left - and so, every 30 seconds, we'd have to stop and change course, to catch up with our kayaking comrades who were heading off in a different direction. I think we must have kayaked at least twice as far as anyone else.

We stopped to listen to our guide explain how these endangered mangroves are so vital to the health of the marine environment; although it wasn't easy to concentrate on what we were being told, because my partner and I kept on inadvertently crashing into either the delicate mangroves (trying not to poke our eyes out on the branches), or crashing into our fellow kayakers, who didn't seem to have any problem staying still.

Next, we went to a deserted beach to have a snorkel on the reef – there were all kinds of different coral on show, visited by lots of colourful fish (no particularly big ones, but many different shapes and sizes). Maybe the big ones were eaten by the pelicans who were circling overhead and kept on divebombing into the water in a spectacular show for us. On the way back, we found that we'd miraculously cured our leftward tendencies, but we were now more rightward leaning than a Fox News broadcaster, and narrowly missed a couple of stationary yachts as we veered back to port.

Once we'd be delivered back to Road Town, it was time to explore Tortola's bustling little capital. Fortunately, most of the big ship passengers had all trooped back to their vessels for lunch, so the town wasn't as overwhelmed as you might think. We headed to the island's museum, housed in the old Governor's Residence on the edge of town – here the lovely attendant told us a bit more about her island, and we explored the old colonial house.

As we left the museum, Tracy spotted a gentleman in a shirt and tie coming out of the new Governor's Residence – we reasoned that he was either the caretaker or the Queen's representative on the island, so we asked him if he was the governor. It turned out that indeed he was, so we had a little chat with him about the island. It was interesting to talk to him about the impact of cruise ships on the island – he said he wasn't sure how much financial benefit that they brought to the BVIs, seeing as almost everyone goes back on the ship to eat for lunch. Certainly, the atmosphere in Road Town changes when there's so many people getting off the ship; although he did acknowledge that the taxi drivers were very keen for the cruise trade to continue.

After our meeting with His Excellency, we went back into town to explore its little back streets – even the main street (helpfully called Main Street) was pretty quiet by now, as all the Princess and P&O passengers were back onboard for their sundowners.

I wonder if we'll meet the Prime Minister of Dominica tomorrow?